Professor Alan Finkel identified two ambitions when he addressed the National Press Club in June.  At first they might seem trifling, yet they speak volumes about the state of Australia’s energy market.

“We will know that we have been successful,” said the Chair of the Review of National Electricity Market Security, “if, in three years from now, electricity is no longer a topic of discussion in the general community.”

Energy is the hot topic of 2017. In fact, it’s been too hot for too long – a hothouse now overtaken by the choking jungle of climate wars, wedge politics and even internal divisions in political parties.

Taking power politics off the front page will be difficult, but Finkel’s second modest ambition for the energy sector will be just as challenging. In an era of breathtaking advances in generation, storage and consumer technologies, Finkel said: “Everything must change, so that everything can stay the same”.

Finkel’s blueprint is so vital because Australia’s energy system cannot afford to be caught on the back foot in this environment. Recent analysis for the Electricity Network Transformation Roadmap shows that within a decade, the penetration of variable renewable energy in Victorian and Western Australia would be over 40 per cent, equivalent to South Australia today. In the same timeframes, rooftop solar capacity in New South Wales would exceed its coal-fired generation capacity today. 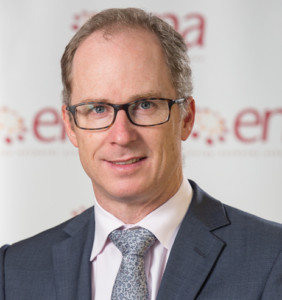 One of the key recommendations in the Finkel Report is that Australia adopt a more proactive, strategic approach to transmission planning for Renewable Energy Zones (REZ), as applied in Texas (USA), the United Kingdom and Germany. REZs are being used internationally to align the timing of renewable generation development and transmission planning, which can otherwise be trapped in “chicken and egg” investment deadlocks. Because it takes far longer for transmission infrastructure to be planned and delivered than new large-scale renewable generation, access to transmission can undermine the commercial certainty of renewable energy projects, yet the uncertain outlook for generation utilisation undermines the business case for the Transmission Network Service Providers (TNSPs).

Under this new approach, the Finkel Panel recognises the continuing need to ensure disciplined assessments of transmission spending through the regulatory investment test. If needed projects are not supported by market investments, the Finkel Review provides a framework for governments to assess direct investment for strategic purposes. The blueprint proposes that governments assess investment options using an economic framework developed by the Australian Energy Market Commission (AEMC). Significantly, the Finkel Review also calls for the AEMC, or a new Energy Security Board, to review the entire National Electricity Rules by 2020. This would be the first complete review of the 1000 pages of National Electricity Rules since their inception.

The blueprint has a lot to say about the new capabilities needed in a distributed energy future, including achieving visibility of distributed energy resources to networks and system operators and the management of data. It recommends the development of a data collection framework by the COAG Energy Council and a data strategy for the National Energy Market by the Energy Security Board, in collaboration with the Australian Energy Regulator. At the same time, preparing for and responding to cyber security threats and modernising the regulatory framework will be crucial as we move to more sophisticated and intelligent systems and markets. The blueprint recommends developing an annual report into cyber security preparedness of the National Electricity Market.

If, as Finkel says, “everything must change”, then workforce planning and skills strategies are fundamental to dealing with the new operational challenges. The blueprint highlights a report undertaken for the Electricity Network Transformation Roadmap by Energy Skills Queensland, titled Future Workforce Skilling Impacts. This provides a ten-year pathway for the workforce to gain the skills required to maintain network safety and reliability into the future, within an increasingly complex and decentralised energy system.

We can make disruptive technologies work to our advantage if we view them through the prism of fresh opportunity. As John F. Kennedy said at the dawn of another era of momentous change in 1960, “The New Frontier is here, whether we seek it or not.”