Gone with the wind: how wind power has affected electricity prices and volatility

As Australia’s governments move towards their goal of reaching net zero emissions by 2050, renewable energy is taking an increased role in the National Electricity Market. Variable renewable energy forms, like wind and solar, are especially becoming more prevalent in the market, with wind generated power not only helping to lower Australia’s emissions, but also lower prices as well. However, new research has found that the growth in wind power is also causing price volatility in the National Electricity Market, which presents a real issue for Australia’s hopes of reaching its emissions reductions targets.

Muthe Mwampashi from the University of Technology Sydney recently reviewed data from the last decade to examine the effect that wind power has had on prices and price volatility in the National Electricity Market (NEM), published under the title Wind generation and the dynamics of electricity prices in Australia.

For the research, Mr Mwampashi joined with Dr Christina Nikitopoulos and Dr Otto Konstandatos from UTS Business School, and economist Dr Alan Rai, director of investment advisory firm Baringa Partners, with the results of the study producing interesting conclusions on the current role of wind power in Australia’s energy market, how it affects prices and what needs to be done to mitigate this volatility to ensure renewable energy has the best chance of success.

The current state of renewables in the NEM

Thanks to its abundant natural resources, ideal weather, government funding and innovations in variable renewable energy (VRE) technology, Australia has become one of the fastest nations in the world in transitioning to renewable energy.

In fact, Australia is currently transitioning ten times faster than the global average, making it a leader in renewable innovations. To help the country reach its emissions reduction targets on time, Australia has the Renewable Energy Target (RET) scheme.

Thanks in part to the RET scheme, wind farms have become particularly prevalent, with our geographic location and weather patterns making the country an ideal place for wind generation.

South Australia is leading the way in wind generation with 50 per cent wind penetration, which is the highest in the NEM and second to Denmark globally. Thanks to the development of large-scale projects such as the wind farms outlined above, the LRET reached its target of 33,000GWh (approximately 23.5 per cent) of Australia’s electricity sourced form large renewable projects in 2019 – a year ahead of schedule. This was a fantastic result, and has led to both reduced emissions and lower electricity prices, which is great news for consumers.

However, this rapid expansion of VRE in Australia, and the intermittent nature of VRE, has presented a new challenge for the industry: price volatility, which needs to be assessed and managed to ensure prices can stabilise, and the grid remains secure and is able to keep up with demand in peak times. 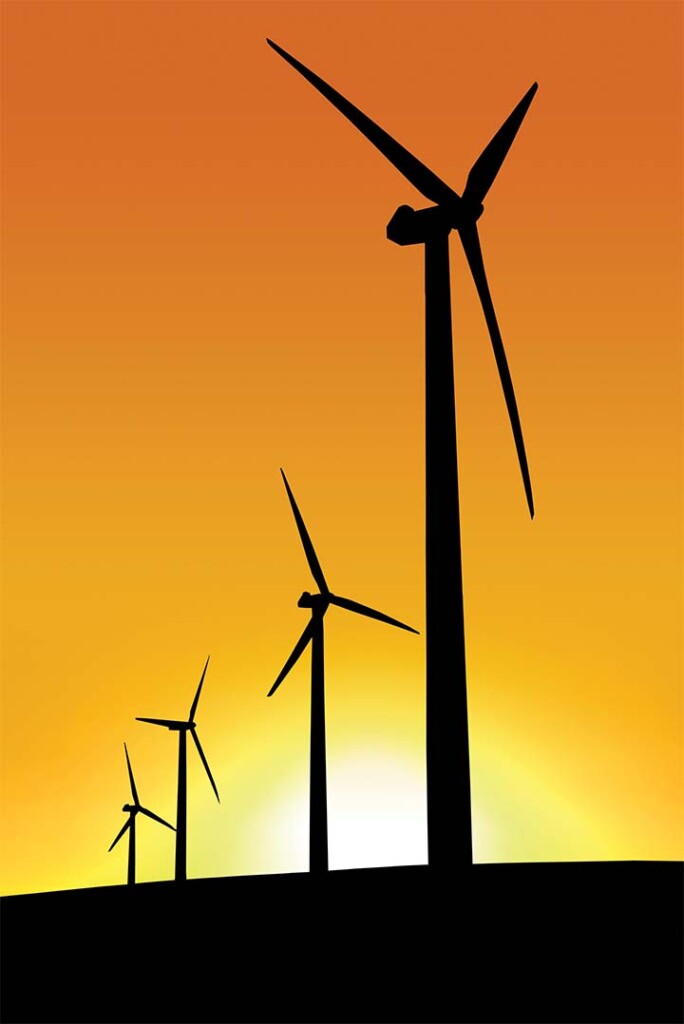 The impact of wind on the NEM and prices

As part of better understanding how VRE is affecting electricity prices, Mr Mwampashi’s Wind generation and the dynamics of electricity prices in Australia study focused on wind power as the dominant VRE currently in the country, even despite increased solar generation recently.

The study looked at how increasing wind generated energy output is affecting wholesale electricity prices and volatility in the NEM, as well as what other factors contributed to the fluctuating prices. Additionally, the study was the first of it’s kind on the NEM to include the impact of hydro generation and interconnectors, which play a major role in the NEM.

Variables such as gas prices and electricity consumption were also considered when undertaking the research for the study. The study looked at the top four major and mature wind energy markets across Australia (New South Wales, South Australia, Victoria and Tasmania) and used daily data from the NEM from a period of 2011 to 2020 to assess the impact of wind energy on those four markets.

It also looked at how the carbon pricing mechanism scheme of 2012, as well as the COVID-19 pandemic, had an effect on electricity prices in the NEM. The study found that daily electricity prices decreased by up to $1.30 per megawatt hour for every one gigawatt per hour increase in wind generation, however, this also increased price volatility by up to two per cent for South Australia and up to one per cent for Victoria.

As a result, the study concluded that Australian states that had a higher penetration of wind generated energy, like South Australia,
Victoria and Tasmania, were more susceptible to price volatility compared to other states.

What needs to be done to ensure NEM and prices can stabilise?

As outlined in the results mentioned above, the study concluded that the rapid evolving generation mix in the NEM, as well as factors like consumption, gas prices, the pandemic and wind penetration, all directly affect electricity prices and, as a result, lead to uncertainty in prices.

The study suggested that these impacts could potentially indicate the need for new investment in fast-start, firm and dispatchable capacity as more variable renewable energy enters the generation mix and as more coal-fired power plants are retired and taken offline.

The study suggested states take their lead from states like South Australia and Tasmania, who have larger proportions of hydro and gas generation, which help keep the system stable and secure as more renewable energy is added to the mix.

Furthermore, the study found that Australia’s renewable generation was not as connected as other leading countries like Denmark, instead giving responsibility to each individual state to ensure stability within the NEM. The study suggests that cross-border interconnections were integral to mitigating the intermittency of variable renewables through the process of pooling and sharing varying generation capacities across states.

To achieve this, more investment into cross-border interconnectors needs to be established. In addition to investing in cross-border connections and backstop generation like hydro and gas, the study said that future developments in pumped hydro and battery storage would play a major role in the future of the NEM, saying that battery storage installations are expected to increase from almost zero at present to around 506GW by 2036-37.

By government and industry coming together to address these challenges through investment, incentives and greater communication and connection, the NEM will be best placed for the future of VRE in Australia and electricity prices will be able to stabilise and remain low, and emissions will be reduced, benefiting consumers across the nation, as well as the climate globally.