Why We Need to Digitise Operations: Lessons Learned from Deepwater Horizon

At approximately 9:45 a.m. on April 20, 2010, a bubble of methane gas escaped from the Deepwater Horizon well and shot up the drill column, expanding quickly as it burst through several seals and barriers before exploding. This catastrophic failure cost British Petroleum an estimated US$61.6 billion, but more importantly, 11 lives were lost, and many workers injured.

Michael Fry was a Subsea superintendent for Transocean when the Deepwater Horizon tragedy took place and has experienced first-hand the impact un-digitised processes can have when it comes to operations, compliance and safety.

Today, Fry leads a company, Deepwater Subsea, focused on real-time monitoring and operational excellence that aims to end the preventable errors that cause incidents like the Macondo blowout, through digital transformation and operational excellence. In this podcast, Fry touches on the reasons why a damaged blowout preventer (BOP) can go unnoticed with bad processes and human error, as well as how organisations can reduce this risk. 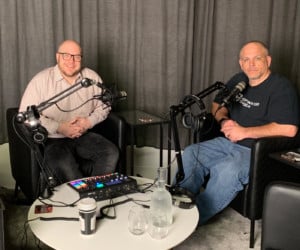 Listen to Michael’s full thoughts via the Podcast here.

Of course, this issue is not isolated to oil exploration. A research study by DEKRA Organisational Safety & Reliability revealed that the utility sector has a 32% exposure rate for serious injuries and fatalities, which is 7% higher that the all-industry rate. Moreover, according to McKinsey & Company, “many energy companies have observations and maintenance tickets that could yield valuable data for predictive maintenance, safety, and other use cases, yet all too often this data is wasted because digital observation tools and text-mining capabilities are lacking.”

In fact, the operational problems that led to Macondo represent a common challenge facing many companies within the energy and utility industries – a disconnect between physical assets and visibility into accurate data that can be leveraged to manage risk, be it in the field, on a plant or an offshore rig. In the world of operations in subsea and BOPs, you don’t always have the luxury of bringing someone in to fix something when it’s thousands of feet away on the ocean floor. However, as Fry explains, with modern technology “you can be in the UK and I can be in Houston and say, ‘look, this is what the system’s doing in real-time’. Never before have we been able to do that [even though] the data’s been sitting there in these control systems since we started 20 years ago.”

Fry describes one of the major issues with Macondo was that in the initial hours of the incident occurring, nobody could confirm the status of the BOP because the rig was on fire, the crew were on life boats being rescued, whilst his team were in the office trying to troubleshoot, secure the well and stop the flow. Without digitised document management and accessible insights, the latest data from the BOP was as good as buried.

Deepwater Horizon forced government regulators and owners to take an urgent look at current processes, but as Fry states, ‘It’s not just about US regulations, it’s about how much are you willing to truly understand what’s going on with your equipment […] Don’t you want to know the true status of [your] blowout preventor at this very moment?’ The response should be “Yes”.

When it comes to Deepwater Subsea, Fry says the company is winning business because they’ve built a reputation on being 100% compliant, 100% of the time, something that is only possible through enhancing existing processes with technology. He says the organisation can give a government watchdog a compliance report in mere minutes, providing their business with a competitive edge.

“Moving Forward, [if a] piece of equipment fails, I’ve loaded up the system with the make, model, serial number, historical data, all the KPIs, operational parameters, everything […] Instead of having to go to a book and look all this information up […] I click on a button, it pulls up all the historical information of that component in the P&ID. And better yet, if I want to show the live trend of what’s going on with that piece of equipment in real-time, I just click a button and the trend shows up on the screen.”

As Fry summarises, “If companies would embrace digitalization, including training, live P&IDs, digital checklists and real-time monitoring, their operational excellence will quickly shift in the right direction.” Digitised operations can no longer be viewed as a nice-to-have but rather a competitive and compliance have-to-have.To hear more about what went wrong with Deepwater Horizon, the challenges behind implementing a digital strategy for operations and how Deepwater Subsea is embracing technology, listen to the full podcast – https://bit.ly/2Z4f3zX

This partner content is brought to you by Hexagon PPM.