Why hydrogen is the better battery 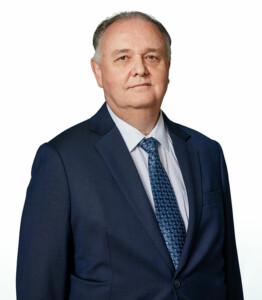 There’s been a slew of big battery announcements around the country in recent months, but is there a better way of ensuring continuity of supply in the renewable energy space? Andrew Horvath argues that green hydrogen can not only be a better battery, it can also potentially be a better fuel source for our soon-to-be stranded coal-fired power stations.

It has been an exciting time to be involved in the hydrogen sector and for that, 2020 will be viewed in a far more positive light than most other people.

We saw a blizzard of national and international policies released, with the EU’s policy at the pinnacle.

It also seemed that every day, somewhere in the world, there were multiple webinars and conferences on hydrogen. However, the general public’s understanding of hydrogen energy and related technologies is still emerging.

It is critical, as an industry and amongst all the hydrogen developments and announcements, we remember that the broader community is only vaguely aware of what hydrogen’s potential is and how it can be used.

Take for example the role of batteries. Recently the media has latched on to big announcements about companies investing hundreds of millions of dollars in big batteries.

There is a false narrative emerging that says batteries mated to solar and wind will solve our renewable energy and grid stability problems. It will only be included in the small print – if at all – that they cannot win all the battles.

They do have a role to play in transitioning towards zero emissions for now, but their impact lasts for hours at best and they really are better suited to transportation, residential and small-scale commercial uses and for critical infrastructure backup.

We need to be cautious not to fuel the increasing optimism that these giant batteries will guarantee energy system security. There is a bigger role for hydrogen however, as a long-duration storage solution with the added bonus of ensuring energy security, exportability and decarbonising hard-to-abate sectors.

Where batteries rule – for now

In Australia, where we have a long, thin grid dominated by aging coal-fired power stations and surging variable renewable energy, Lithium-ion (Li-ion) batteries are currently the kings of the Frequency Control Ancillary Services (FCAS) market.

This means they can provide grid stabilising services, either by a fast injection or fast reduction of energy, to help manage supply and demand. And they are brilliant at it.

They are blindingly fast to respond and can step in to seamlessly supply power that stabilises the grid when a source trips. They are also good at charging or taking excess power back off the grid when other sources have had time to kick in, keeping things smooth.

Another big plus is that they store electricity as electricity. There is no energy conversion and that makes them efficient. In summary, they are like a defibrillator that provides a short, sharp jolt of energy when there is a shortfall in the system, smoothing out any issues.

However, batteries cannot provide this stable, consistent frequency 24/7 that industry and communities need. And that’s where hydrogen can step in. Coal-fired power stations have the advantage of spinning mass, thanks to massive turbines, that provide inertia to help keep power delivery smooth.

This is referred to as “conventional thermal” power generation and the grid was designed for this type of generation. One of the challenges we face today is integrating intermittent renewable energy from wind and solar into the grid, given that these generators are not thermal and therefore do not use traditional turbines.

The grid operator has required the addition of synchronous condensers (a spinning mass) to make these sources appear to the grid like thermal generation. Hydrogen technology that removes this problem for renewables does exist.

It provides the missing link between renewable energy and turbines by taking the green electrons converted to hydrogen and purposing them for continuous spinning mass of both conventional turbines and the new generation of turbines such as those powered by super-critical carbon dioxide (sCO2).

This brings us to the first of the two major errors in the orthodox thinking impacting the debates on sustainable energy, that are based on a false premise of an either/or approach, or rather a zero-sum game in relation to sustainable energy infrastructure versus fossil fuel powered systems.

The orthodox thinking is that the former must replace the latter and the challenge we need to confront is to have baseload or dispatchable energy from sustainable energy sources in place before the power stations close.

It is our contention that power stations need not close. If the answer to reliable, sustainable baseload power is spinning mass via turbines (and it is), then the question needs to be asked; why do we need to dispose of those assets and the transmission systems to which they are attached and render them “stranded”? If the issue is the fuel source, then why not simply change the fuel to green hydrogen and keep the turbines spinning?

Hydrogen provides us with that alternate fuel source – and it is inexhaustible, continuous, and does not produce emissions. Now is the time to explore this as a viable solution for a zero-emissions energy source.

The second major error in thinking is the blind faith that electrons generated by wind, solar and pumped hydro injected straight into the grid is the preferred, and seemingly only viable, model for energy supply.

As recent reports have found, the problems of intermittency and over-supply at certain times are yet to be addressed, creating actual stability issues for the grid and uncertainty in energy markets.

Hydrogen addresses this in two ways.

Firstly, green hydrogen is, in one respect, a “better battery” than the Li-ion subset, with problems of longevity, rarity of core components and carbon debt in their production. In the last two decades there has been a “gold rush” in the sustainable energy sector, and many wind and solar assets have been rushed to the market, with poor business models, and are now under financial distress.

Hydrogen offers a better business model for these assets, allowing them to turn their spilled electrons to the production of green hydrogen, regardless of the time of day and the weather conditions.

The second way that hydrogen obviates this issue is that, as a better battery, hydrogen, when matched with emerging technologies such as the super-critical sCO2 turbines, is scalable. It is therefore able to be applied to industrial and domestic uses off the grid.

Thus, the supposed risks of sustainable energy sources to the grid are significantly reduced or removed.

Why hydrogen is a better battery

So, what does it all come down to? While the price of Li-ion batteries continues to decrease, they are still expensive. Even at current prices, they become a harder sell if the capacity required is more than four to five hours.

Hydrogen has an energy density of 39kWh/kg, which means that 1kg of hydrogen contains 130 times more energy than 1kg of batteries, meaning lots of energy can be stored with hydrogen and nit weigh a lot.

Where the case for Li-ion really starts to look like a stretch is when a lot of power is needed to run 24 hours a day, seven days a week, year-round. Hydrogen on the other hand can be stored for years.

Hydrogen technology exists today, that will run 24-7, 365 days a year, as long as it has the fuel it needs, rendering batteries and their limited grid-related uses redundant.

As much as battery storage technology is important in transitioning towards zero emissions, there is a bigger role for hydrogen as a long-duration storage solution, ensuring energy security, as well as enabling the decarbonisation of hard-to-abate sectors.

In the end it is about heat and how you feed it. Everything around us, every consumable item is a product, at some stage, of heat. Hydrogen technology can provide continuous, carbon-free heat. Batteries simply can’t.

It is up to us to communicate this clearly to the community, so they understand, clearly, where all the moving parts of the transition are and how they fit in.

Andrew Horvath is Global Group Chairman of Star Scientific, where he oversees the business strategy and development behind the company’s breakthrough and award-winning technology, HERO®. The company has an MoU with the Republic of the Philippines to lead the transition of the entire nation from largely fossil-fuelled power to a hydrogen-powered economy with HERO® and green hydrogen.