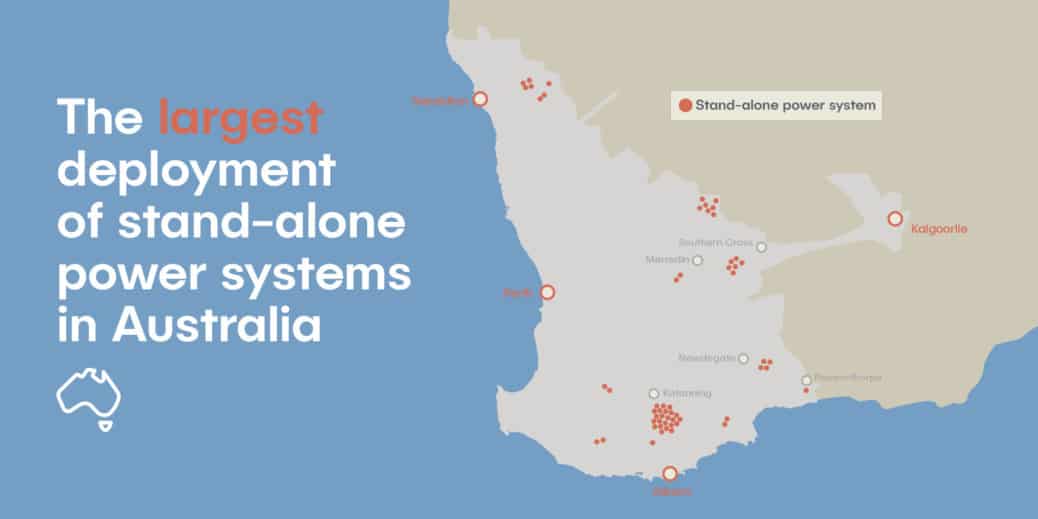 Perth-based companies, Hybrid Systems and BayWA r.e. Solar Systems will be responsible for supplying the majority of the SPS units for Round 1 of the program.

The companies will utilise local engineering and construction expertise to deliver what is believed to be the largest single rollout of SPS units in Australia.

The units are modular and scalable and range from less than 5kWh to supply electric fences and dam pumps, to 50kWh for large-scale agricultural businesses.

Once installed and commissioned, the ongoing servicing and operation of the SPS units, which combine solar and battery technology with a backup generator, will be provided by the vendors for a two-year period.

Servicing the 57 SPS units for their entire working life will save Western Power almost $6 million, compared to traditional network refurbishment.

The project builds on the successful trial of the technology on six properties in the Great Southern in 2016 – customers were saved from over 90 hours of outages in their second year.