Electrons move fast, but compared to many other sectors, the energy industry can move extremely slowly. But an innovative new partnership is bringing blockchain technology to the energy market in Australia, establishing the first online marketplace for retail power purchase agreements in Australia – which will allow thousands of customers to sell hundreds of gigawatt hours of power by the end of 2022.

The impact of COVID has seen sectors like retail transformed virtually overnight. Digital transformation of energy is underway, but it looks quite different to much of the business world.

Amid the Victorian lockdown last year, energy retailer Mojo Power partnered with WePower to explore the application of blockchain technologies to power purchase agreements in the Australian industry.

Since 2017, WePower has been working with generators, retailers and energy users to quietly re-shape the way energy is traded in Australia.

Since first arriving in Australia, WePower’s technology has been supported by EnergyAustralia’s technology and innovation program, and has been white-labelled into the sales architecture of the Queensland Government’s CleanCo venture.

Now, through the partnership with Mojo Power, WePower is ready to reveal its blockchain technology to the broader market. “Twelve months ago, when we said ‘blockchain’ people’s eyes would glaze over,” said WePower co-founder and Chief Technology Officer Kaspar Kaarlep.

“People in energy often didn’t understand it, and people in tech weren’t excited about it the way they were in 2017. However, when you show them in practice what it can do they get it straight away.”

While some tech evangelists despair when the public falls out of love with their technology, the bottom of the hype cycle is where Mr Kaarlep feels most comfortable.

“When people stop talking nonsense about how a technology can be used, you can actually get down to the real practical applications, and that’s what has happened with blockchain and energy.”

The practical application that WePower is interested in is the use of the technology to make the large, illiquid and complex power purchase agreements (PPAs) struck between generators and their customers into fungible, tradable commodities.

The Ethereum blockchain, on which transactions are recorded, produces a secure, verifiable and unalterable ledger linking each partial or virtual PPA to the original generation source.

WePower has just built the first online marketplace for retail power purchase agreements in Australia. Working with retailer Mojo Power, it will service thousands of SME and C&I customers and sell hundreds of gigawatt hours of power by the end of 2022. Initially the Mojo Marketplace will be selling the offtake from Robinvale Solar Farm, but there are other wholesale PPAs in the pipeline from regional Victoria, New South Wales and Queensland.

The implications of this are profound. It opens avenues to direct energy procurement – whether mediated through a retailer or directly with a generator – to energy users below the C&I level who were otherwise not able meet the expenditure threshold to purchase wholesale PPAs.

At a time when renewables are driving the wholesale cost of energy to historic lows, this is an attractive proposition for many energy users.

“We’ve seen huge interest in this from particular sectors,” Mr Kaarlep said. “Local governments are looking to support not just renewable energy, but also local job creation, and this offers them a way to do that. Data centres whose overhead consists largely of energy costs are very interested.

Manufacturers and agriculture are other areas where there has been a lot of interest.  This technology has taken PPAs well beyond the traditional customers of aluminium refiners, steelmakers and other energy-intensive industrial players.”

Usually when the market is disintermediated like this, incumbent players are the ones who are hurt. And while Mr Kaarlep concedes that not every gentailer is thrilled that the company is here, many retailers, like Mojo, are seeing the value in adopting the technology themselves.

“For decades energy retailers have had an incredibly sophisticated back end to their operation where they managed the performance of a complex portfolio of PPAs, and what can only be described as a very crude front end where they turned on a tap marked energy and electrons came out.

“Retailers are realising that being able to fractionise their power purchase agreements and avail themselves of the customer’s own energy use data to make their product more responsive, more liquid and more transparent is a useful thing to do.”

Retailers who wish to sell verified carbon-neutral energy to their customers can offer what are in effect single-source energy purchases.

This lets commercial, industrial and SME customers burnish their sustainability credentials without the need to purchase both energy and carbon offsets. It also offers customers exposure to lower wholesale prices without erasing the retailer’s margin.

Alongside the development of the Mojo Marketplace and white-label implementations for other customers, the company is keenly anticipating the introduction of a consumer data right for energy in Australia, with the energy sector identified by the ACCC as one of
those in which such a right is most urgently needed.

“Data is the lifeblood of the energy business,” Mr Kaarlep said. “It’s very interesting, because in Europe we saw smart meters rolled out at the same time as in Australia and New Zealand. We are able to work on residential offerings in Europe because customers there have control of their data.

“Here in Australia the regulatory environment hasn’t kept pace with technology, and retailers who want to innovate are constrained from doing so. Ultimately it’s the energy users paying the price.” 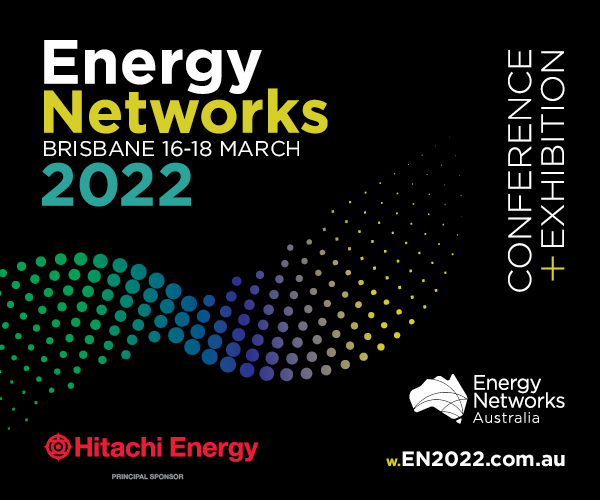