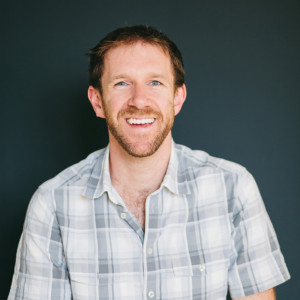 While there is certainly interest surrounding the uptake of electric vehicles (EV) in Australia, the technology is facing a significant speed bump when it comes to the availability of charging infrastructure. However, with critical government support, an Australian company is aiming to bridge the vehicle charging gap, starting with the country’s coastline.

According to Marty Andrews, CEO of Chargefox, new ground is being broken both figuratively and literally when it comes to building an Australian charging network.

With the rollout of this network, drivers of EVs will be able to drive between major cities without risking an empty battery.

While plans are in place to prepare Australia for a future where EVs can travel significant distances, EV technology is constantly evolving, making planning for the future uncertain.

What Mr Andrews does know for certain is that there are very few EVs currently on Australian roads. Market research suggests that consumers have three key concerns.

While some of these concerns need to be addressed by EV manufacturers, the issues of price and supportive infrastructure are heavily impacted by the government, as well as investors and other interested parties such as motoring clubs.

“Governments can’t do much about range, but they definitely have a role to play in price and infrastructure. That’s part of what they did with us,” Mr Andrews said.

The Australian Renewable Energy Agency (ARENA) has funded $6 million of the $17 million Chargefox Electric Vehicle Charging Network Project, with each site holding a minimum of two ultra-rapid DC charging stations which are powered completely by renewable energy and are compatible with all EV models in the Australian market.

Mr Andrews said it’s the role of government to break down barriers, and believes that the new ultra-rapid network, which   allows an EV to add 200 to 400km of range in just 15 minutes, will reduce barriers deterring potential EV buyers. 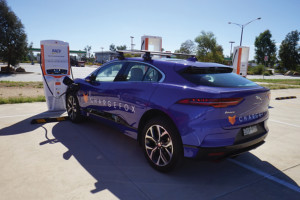 One of the government’s major roles in the project is getting charging technology up and running in areas where private entities potentially would not. Mr Andrews likened this to the accessibility of mobile phone networks.

“There’s an element of equity in it for consumers. It’s like phone coverage.

There’s not much commercial value in covering all the rural areas to make sure Australia is completely covered. But there is definitely an equity play there.

“Government should be supportive in funding that backbone, which is what we’re building – the backbone of the network.

The ultra-rapid chargers are quite expensive, but when you get down to fast DC chargers and AC chargers, there’s already some commercial value in those things. So industry can make its play there, but the government needs to establish the main piece,” he said.

The impact of infrastructure

While the coastal network will make it possible for EVs to travel between several major Australian cities, the long term sustainability of EVs in Australia requires a more widely established charging network.

Mr Andrews said that the Chargefox Electric Vehicle Charging Network Project is simply phase one of a broader project that will expand to meet the changing needs of the Australian public.

“We worked really closely with the vehicle manufacturers on our plans for the first phase of the ultra-rapid network.

So there’s a trunk, which is what we’re building, that’s  connecting with cities.

Then you have branches that branch off into the more densely populated areas, so suburbia into bigger towns.

“Then you’ll end up with leaves all around the place, which are shopping centres and car parks and council locations, and all those sorts of things. We’re specifically funding the trunk, but we also already operate hundreds of those leaf locations around the country,” Mr Andrews said.

In order to adequately expand the network of vehicle charging stations and increase the number of EVs on Australian roads, vehicle manufacturers and technology companies such as Chargefox need to gather and assess data to understand the needs of the consumer.

Mr Andrews said that what it boils down to is where cars are being sold and where people want to go.

“I’ve got lots of data that I’m analysing already about the charging behaviours of Australian drivers.

We can overlay that in a geographical sense across the country, but as the network gets bigger and bigger, we start to get insight into which areas are being more heavily used and which are being less heavily used.”

While the ultra-rapid chargers are capable of fully charging a vehicle very quickly, Mr Andrews said that in 50,000 charging sessions, less than one per cent of people fully charged their vehicle.

“EV drivers use their cars more like mobile phones. Most of the time they drive it during the day, they go home, and then they just top it up. So they do lots and lots of small, top-up charges.

“With proper charge infrastructure, they might go to the shops to do their grocery shopping, and they’re there for an hour, so they’ll plug in while they’re there, and that’s a top-up charge.”

As with a lot of new technology, fear of the unknown is a major barrier to the uptake of EVs in Australia. One major consumer concern is about the range of distance a vehicle can drive.

However, Mr Andrews said that consumers simply need to change the way they think when it comes to charging.

“I drive an EV now and I never worry anymore, because my habits have just changed,” he said.

While there’s certainly an onus on the industry to tackle range anxiety, it will likely also come down to exposure and conversation about EVs in day-to-day life.

As EVs become more widespread, there will be a natural increase in the opportunities people have to experience being in and talking about the technology.

Mr Andrews said that this will occur slowly over time; however, the charging infrastructure being rolled out across Australia’s coastline is likely to have a more immediate impact on consumer concerns.

If I had an EV it would be no problem, because I can see chargers everywhere’.”

While EVs are non-polluting zero-emission vehicles (ZEV) thanks to their rechargeable batteries, the sustainability of the electricity supply is an important consideration.

According to Sustainability Victoria, charging an EV with electricity generated from coal or oil may result in more emissions than that of a hybrid or fuel-efficient petrol car.

For this reason, Chargefox’s charging infrastructure is 100 per cent powered by renewables, with green energy coming from a range of sources.

“So on a per site basis we are always connected to the grid. Those ultra-rapid sites that kind of trunk up the highway, that’s critical infrastructure.

If someone is driving from Melbourne to Sydney, we do not ever want to leave them stranded, so we always have a contract with the local energy company.

“Those contracts with the local energy company are always for green power. So that’s the minimum way that we guarantee that we’re renewable.

In addition to that, in lots of sites we’re installing solar and large batteries,” Mr Andrews said.

Solar technology not only allows Chargefox to charge EVs but, in some cases, also makes the company a net producer of energy at charging sites, meaning they can feed more into the grid than what is taken by charging.

While this will change as more EVs become present on the roads, the size of the infrastructure and batteries is also expected to increase. And while a solar is setup is preferable to connection to the grid, some sites simply don’t allow for this type of installation.

“We’re doing solar wherever we can,” Mr Andrews said.

With the Chargefox Electric Vehicle Charging Network Project already underway as the “trunk” of an ever expanding network of EV chargers, the next step is to look at the “branches and leaves”.

As well as an ultra-rapid site at Westfield in Melbourne’s Airport West, Chargefox has also recently installed eight charging stations at a Woolworths car park in the Melbourne suburb of Heidelberg, each with two plugs, equipping 16 car spaces for EV charging.

While the installation is paid for by Woolworths, Chargefox manage the chargers.

“We connect them to our service so that you can find them in our app. Those chargers are actually free at the moment, but if Woolworths wanted people to pay to use the chargers, they could do that through our service,” Mr Andrews said.

In order to see more of these destination sites available to EV users, Chargefox offer assistance and expertise to organisations, both in terms of the installation of hardware and the software that makes the hardware easily accessible.

“Chargefox was essentially brought about by a partnership between two companies; JET Charge and Cogent. JET Charge is the leading supplier and installer of charging station hardware around Australia; and Cogent’s one of Melbourne’s leading software product houses.

When people think about charging stations they normally think about it from one of those two angles.

“If they’re asking about the hardware, then the conversation becomes, ‘That’s great you’re putting the hardware in, but how will people find it and use it, and what are they going to pay for it?’ Chargefox can help with that.

Or if you need a supplier for the hardware, we can supply that too,” Mr Andrews said.

While EV use in Australia is currently still low, managing demand in terms of electricity will be an important aspect of vehicle charging in the future.

Perhaps one of the most interesting considerations when it comes to managing demand is not on the wider road network, but in homes and businesses.

“Of the thousand plugs that we manage, around two-thirds of them are private. They’re at home or they’re fleet, or business chargers. For those private chargers, roughly 50 per cent of the time that the cars are plugged in, they’re not charging.

“It doesn’t matter to me, as an EV owner, when it’s charged, as long as it’s fully charged when I go to drive away in the morning. So that demand for charging is inherently shiftable.

The classic example here is the middle of summer, everyone comes home, flicks on their aircon, plugs in their EV.

You don’t start charging the EV straight away, you shift it until later at night, when the demand’s dropped, and the energy’s probably cheaper,” Mr Andrews said.

In the UK, every car charger installed in a home must now legally be a smart charger connected to the internet, making it easy to manage demand.

While no such policy exists in Australia as yet, Mr Andrews believes it could be in the country’s future.

“Once they’re in the home and they’re smart, the retailer then can say to you, okay, you’ve got a smart charger.

If you let me control it, I’ll give you a good deal on your electricity. That’s win/win, right?”

While EVs may be off to a slow start in Australia, Mr Andrews believes that the country can be a leader in the industry.

With companies such as Chargefox working with the government and other bodies to deliver the infrastructure, software, and demand management that are critical to the success of EV, Australia is certainly being driven towards an exciting future.