Transitioning to a greener grid 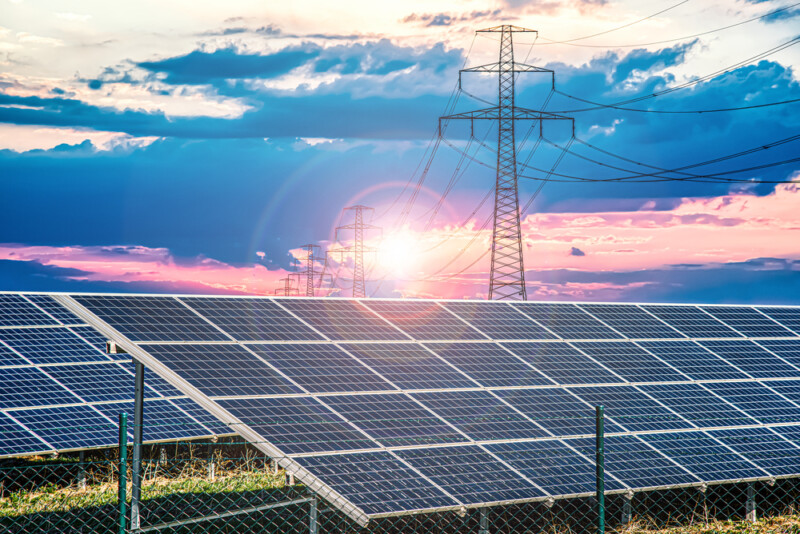 Industry experts have shared their views on Australia’s rapidly transforming energy industry, with an increasing number of coal plants set to close as more clean energy is connected to the grid.

As the energy sector advances towards a greener and cleaner future, the complexities and inconsistencies surrounding regulation and policy are becoming increasingly apparent.

Why is federal policy a critical concern for Australia’s energy sector?

Investment in renewables has stalled due to concerns over storage and a lack of transmission lines.

“The entire energy sector is in transformation and amazing projects are underway from Snowy 2.0 to unprecedented growth in solar,” Mr Broad said.

“However, there is no point in generating clean, green energy if we don’t first build the infrastructure to get it to households and buildings.”

Failure to do so means promising projects are often abandoned for years at a time. In 2018, for example, just one-in-20 of NSW’s proposed renewable energy projects could be accommodated into the state’s weak grids.

Although every state has committed to a net-zero emissions target by 2050, the Federal Government’s reluctance to set emissions reduction targets is holding back progress.

“Australians are embracing a lower emissions future and are looking to industry, regulators, and government to ensure a responsible and orderly transition while maintaining reliable, safe, and affordable energy supply,” Ms Corbett said.

Mr Van Breda agreed that energy businesses play a critical role in the push towards de-carbonisation. He observes that thanks to Australia’s world-class wind and solar resources, the National Electricity Market is transitioning from centralised thermal generation to distributed renewable energy and storage.

“However, the inconsistent approach to policy settings and planning at federal and state levels continues to create difficulties in deployment,” Mr Van Breda said.

Is there a deepening divide between federal and state energy policy?

Ms Collyer acknowledged that governments have the right to implement policies as they see fit given that they are the ones balancing the risks and opportunities. Nevertheless, the AEMC supports clear and consistent policy across the national electricity market.

“There are issues underpinning the transformation of the energy market that involve national frameworks and need a national solution,” Ms Collyer explained.

“For example, our program of system security rule changes sit very much alongside the ESB post-2025 work so that there is consistency and stakeholders can have confidence in a smooth, integrated approach.”

Mr Harman agreed. “It’s been interesting to see the way in which states and corporates have set their own abatement targets,” he said.

“We’d ideally like to see the most coordinated approach possible between the states and federal government. There is a role here for the ESB to play to ensure the future market design manages the potentially competing parts.”

“The volume of concurrent rule changes makes it difficult to determine the interactions between the proposed rule changes, their impacts on conflicting and similar goals, and the marginal benefit of each individual rule change.”

Trust between government and the energy industry is diminishing

“Importantly, it appears that governments no longer trust the energy markets to deliver the best outcomes for consumers,” Mr Van Breda said.

“This results in interventions which distort the markets further.”

He believes it’s important to re-establish trust and credibility in the markets.

Ms Schott, however, believes the divide is not quite as deep as people think.

“All states and territories are united in their goal of net zero by 2050,” Ms Schott explains.

“This applies across all the NEM, though some states are more aspirational in their pathway to get there.”

What strategies are you using to make the current regulatory environment work better for your organisation?

Ms Hanly believes that the sector’s rapid evolution has placed an enormous burden on the existing regulatory framework. As such, she thinks it unreasonable to expect the policy-makers and regulators to both identify and solve all challenges.

“The private sector has to collaborate and innovate,” Ms Hanly said.

TransGrid, for example, cannot justify the costs of a high voltage transmission line to a proposed renewable energy zone without significant contracted generator demand being guaranteed.

At the same time, renewable generators are reluctant to undertake costly developments in an area without the certainty of a way to get their generated energy to market via a link into the energy grid.

“Working alongside the NSW Government, we were able to identify a way to overcome this issue and are now excited to be working on the Central West Orana Renewable Energy Zone,” Ms Hanly said.

Mr Broad adopts the same strategies that have served him well for decades. For Snowy Hydro, it’s about “making sure we take the time to take customers and the community along the journey and genuinely listen to their concerns. When the public supports a project lots of the other barriers seem to fall away”.

Mr Tudor agreed that customers must inform the decision-making process.

“We work closely with them to understand what they want from us as their energy distributor both today and in the future,” Mr Tudor explains.

“We use these insights to shape our own business activities and plans, and also reflect them back openly to the regulator.”

This approach enables the regulator to easily connect how Jemena’s business plans are responding to what customers say they want.

Mr Van Breda described how Stanwell works with regulators and relevant market bodies to advocate for solutions that address the challenges facing the energy market in the most cost-efficient and effective ways possible.

“We advocate for a market design that will deliver safe, secure, and reliable energy supply now and in the future at the least cost to customers,” Mr Van Breda said.

One of Stanwell’s top priorities is exploring easier alternatives to the current reform proposal to encourage efficient location of new renewable generators while minimising the need for additional transmission network upgrades.

If the industry is united by anything it is that consistent policy is needed to negotiate the immense changes decarbonisation is bringing to the energy sector and that focussing on long term benefits to the consumer should be the end goal. Transition is happening faster than anticipated. Organisations that keep consumers at the centre of their strategy are best positioned to survive and thrive in the coming decades.

To hear more from this group of industry luminaries, attend Australian Energy Week, taking place 24-27 May 2021.

Australian Energy Week is the annual meeting place for stakeholders of all levels from the entire energy supply chain bringing together over 500 representatives from over 200 organisations each year.

For more information view the agenda.

Note: Richard Van Breda will no longer be speaking at Australian Energy Week 2021.