Raising the standard of energy storage 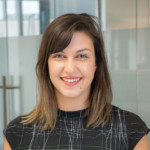 Standards Australia has several national committees developing Australian Standards, and also plays a key role in the development of international standards, for the energy and electrotechnology sector. This has meant there is a significant number of standards currently shaping the sector as a result of the work of Standards Australia.

The plan ahead for energy storage standards

Because energy storage remains a key issue for industry, government and the community, particularly given the trend towards renewable and efficient energies, Standards Australia has completed a report labelled, Roadmap for Energy Storage Standards.

The report sets out the areas of priority for standards development to support the roll-out of energy storage systems in Australia.

The report has been flagged as addressing a priority for the Federal Government, following the comments of the Hon. Josh Frydenberg MP, Minister for the Environment and Energy, regarding standards being an important enabler for the effective roll-out of energy storage systems in Australia.

This Roadmap is an important step forward in enabling the uptake of this emerging technology to support a transforming energy market,” Minister Frydenberg said.

Dr Bronwyn Evans, CEO of Standards Australia, explained how standards will support energy storage systems, both now and in the future.

“With rapid changes across all parts of the sector, it is important that we lay the right foundations and this includes having the right standards to assist innovation and support good infrastructure. It is imperative that technologies such as storage systems are safely, reliably and efficiently managed through a collaborative approach to standardisation,”
Dr Evans said.

The report will serve as both a guide for standards development on energy storage and as a catalyst for international participation in standards development. Having been developed following two rounds of public consultation and an industry forum held in August 2016, this report has already brought together sections of the community, and collated views on what energy storage standards should look like in the future.

There is more work to be done in developing standards to support energy storage systems, but the report has outlined early foundations and the plan moving forward.

In 2017, the development of standards in the energy and electrical sector entered the battery storage space. This work was aided considerably by a three day meeting to progress critical work on the development of DR AS/NZS 5139, Electrical Installations – Safety of battery systems for use with power conversion equipment, hosted by Standards Australia.

One of the key outcomes of this meeting was to issue the standard for public comment for a second time.

This was to allow additional consultation to ensure the Australian community was involved and supportive of this standard being developed. Without community support, industry may have developed a standard falling well short of community expectations, leading to a whole range of possible issues in its implementation.

Given the breadth and depth of stakeholder consultation when developing standards, it can often be challenging to get a timely agreement from all parties. In the case of DR AS/NZS 5139, the adoption of AS IEC 62619:2017, Secondary cells and batteries containing alkaline and other non-acid electrolyte – Safety requirements for secondary lithium cells and batteries proved advantageous in speeding up the work.

The advantage of this particular international standard was in providing additional safety guidance around the installation of battery systems. This guidance was also coupled with an Industry Best Practice guide, facilitated by the Electrical Safety Office of the Queensland Government with a number of additional key industry members.

Not only is this standard helping steer Australia towards a more energy efficient future, but it also shows a strong commitment to improving safety for professionals and consumers engaging with  these battery storage units.

Adopting a related international standard, and working hand in hand with an industry guide on best practice has contributed heavily to the early progress of DR AS/NZS 5139, and is symbolic of the steps which will be vital to its eventual success.

The standards development process utilised by Standards Australia relies on technical experts to develop the standard in its initial stages. From here, the standard falls to the hands of the public during the public comment phase. It is here that DR AS/NZS 5139 was identified as a standard of considerable public interest.

Of the large number of comments received on the draft, many were related to how systems should be installed in a residential context.

The large response to the draft is perhaps indicative of a number of factors regarding the standard. While some have argued it raises problems with the standard, there is an opposing view that the significant response has more to do with the large number of stakeholders with an interest in the standard with industry, consumers and government all having a role to play in getting the standard right to ensure it delivers on core safety objectives.

It is important to also note that Australian Standards are voluntary unless called up by governments, and are only published if consensus is reached between industry, government and community interests.

Following the three day meeting on DR AS/NZS 5139, CEO of Standards Australia, Dr Bronwyn Evans, said, “There was unanimous agreement in the room of the need to both encourage the uptake of new technology and manage community safety expectations. The clear path forward set today will see us working hard and working together to get the relevant standards in place as soon as we can.”

Standards Australia is committed to the work of developing standards that increase the safety of the Australian public, while simultaneously shepherding Australia towards a more energy efficient future.

The roll-out of standards in the energy storage space will continue in coming months. DR AS/NZS 5139 is progressing towards publication while key objectives of the report (Roadmap for Energy Storage Standards) will also be pursued for the sector. Keeping professionals and consumers safe when interacting with energy storage installations remains a key priority, and is a clear goal, in all of the Standards Australia projects in this field.