The pathways forward for the energy sector 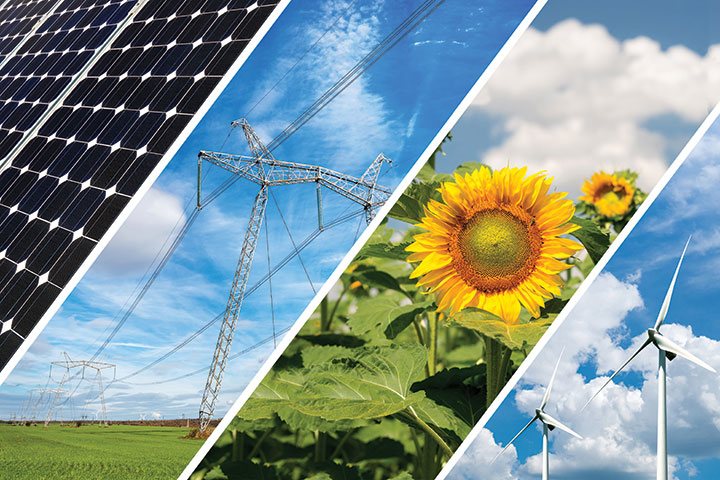 Most of us begin each new year hoping it will be better than the last. Australia’s energy sector is no different. And the good news is that this time, the optimism may be justified.

Last year, the mess that is Australian energy and climate policy became clear to all: governments, businesses and households.

There were threats to electricity supply, the shutdown of major power plants without adequate replacement, further rises in electricity and gas prices, concerns about excessive profits for retailers, and never-ending rancorous political debate over key reform proposals.

It took too long, but industry finally got the message that when it comes to energy, it can no longer assume an untrammeled right to just get on with business.

And unfortunately, governments discovered that direct, reactive intervention is far easier and popular in the short term than development of credible, stable policies.

While energy market reform has generally served Australia well since the mid-1990s, that position gradually unravelled in the past decade.

Issues in the sector

Regulation of network businesses has been problematic, and this is a big part of the electricity bill for households and small businesses; the asset values on privatisation have been questionably large, leading to prices that exceed real value; and the allowed rates of return for those businesses were much higher than is consistent with a regulated business that should see low returns in exchange for low risks.

Attempts such as Labor’s fixed-price Emissions Trading Scheme or the Coalition’s Direct Action policy have either been ill-conceived or inadequate.

The policy environment on this issue has been more toxic than most.

The result has been a sustained period of investment uncertainty when older generation plants have been shutting down – not good for reliability or prices.

Weaknesses have been growing in the market structures – again, not good for reliability or prices.

Market reforms that began in the 1990s were never completed; historical over-investment led to complacency; government ownership was and remains problematic; and there has been increasing market concentration and poorly competitive markets in electricity generation and retail.

Opening the closeted east coast domestic market was very badly handled; the pipeline capacity market and the wholesale gas trading markets need reform; and the inconsistency of the national approach to regulation of gas development remains an embarrassment.

Governance of the energy sector needs to be overhauled. The recommendations of the 2015 Vertigan Review on this subject were mild, but even those have not yet been fully implemented.

And the effectiveness of the recently constituted Energy Security Board has yet to be tested.

The supply problems of 2016–17, notably in South Australia but also in other states, ongoing high prices, and the need for integrated energy and climate policies led to a plethora of reviews and reports, most of which delivered recommendations in the second half of 2017.

Taken together, they give hope; they may just provide a framework for focused action in 2018.

The framework to move forward

This framework has several major elements:

The Finkel Review is a blueprint for the National Electricity Market and it should be implemented. A planned transition to a low-emissions economy requires a long-term reduction trajectory and a policy such as a Clean Energy Target (CET) to get there; reliability issues that could emerge with increasing levels of intermittent supply need to be addressed via a generator reliability obligation, three-years’ notice of plant closure and maybe a strategic reserve; a new energy market agreement should be negotiated to reaffirm commitments to a truly national approach to energy policy; and planning should take a stronger role even as it complements the market.

The Energy Security Board has delivered its first assessment of the health of the National Electricity Market. The conclusion; it’s not very healthy. The Board also recommended a National Energy Guarantee to address the political difficulties with the CET and provide a more comprehensive approach to ensuring the future availability of dispatchable capability in an increasingly volatile wholesale market. If adopted, this approach would be a world leader in integrating energy and climate change policy.

The Australian Competition and Consumer Commission (ACCC) published reports on the gas and electricity markets that raised serious concerns about the way market flaws are pushing up consumer prices. On gas, the ACCC noted real but inadequate improvements. On electricity, it identified cost structures and market concentration as issues. Further reports will keep the spotlight on the flaws and the need for corrective actions.

The elimination of the Limited Merits Review for network regulation was a major step forward, and additional resources were provided to the Australian Energy Regulator. The regulator and the industry seem to have finally responded to changing market conditions.

For its part, the Federal Government released its 2017 Review of Climate Change Policies just before year’s end.

This review was underwhelming – it failed to provide a clear, compelling or comprehensive policy framework to meet Australia’s current and likely future emissions reduction targets.

There were, however, three important features of substance.

First, the government committed to meeting Australia’s 2030 target without, it says, compromising growth or jobs. Second, a sector-based, rather than an economy-wide approach, continues to be the preferred way to meet the target.

And third, the government reaffirmed its commitment to develop a long-term emissions reduction strategy by 2020, as called for by Finkel.

The good news for Prime Minister, Malcolm Turnbull, and Federal Energy Minister, Josh Frydenberg, is that these various reviews are telling a generally coherent story.

Turnbull and Frydenberg’s task is to weave these threads into a consistent and compelling narrative on security, price and emissions. The bad news is they have nowhere to hide.

Australia is likely to ‘survive’ this summer without major shortages or blackouts.

But more, much more, needs to be done.

Governments should back and implement the National Energy Guarantee, or something like it, to drive emissions reductions and maintain reliability. Achieving that outcome will require deft political management – a major test for the skills of Minister Frydenberg as chair of the COAG Energy Council.

A nationally consistent approach to regulation of gas development should be adopted; regulatory coverage of gas pipelines should be progressed; and a further effort should be made to deliver greater transparency of gas pricing.

Gas availability should improve further, and prices should stabilise around the benchmark of export parity – but they will not return to the low levels of history.

The mid-2018 ACCC review of retail competition should clarify the problems of market concentration, but solutions will be hard to find and implement.

The transition to decentralised power generation and large-scale storage demands a major review of transmission planning, including the role of renewable energy zones as recommended by the Finkel Review.

Painful decisions should be taken to finally address the gnawing problem of historical over-investment in network assets.

Cost-reflective network tariffs must be introduced to deliver more efficient and fairer prices, despite the inevitable objections of narrow political or vested interests.

Work should accelerate to ensure that ring-fencing and incentive structures for the network businesses drive efficient outcomes as technology and customer choices continue their rapid evolution.

The initial and positive responses from electricity retailers to Federal and State Government demands to improve customer outcomes will need to be followed through.

The final ACCC report and the response of the Victorian Government to the Thwaites Review’s proposal for a partial reversion to price regulation will be key outcomes in 2018.

The Finkel blueprint should be implemented. But this will be a tricky task: points of disagreement will emerge, mostly where the objectives of individual state or territory governments clash with the commonwealth or national agenda.

Transition to a low-emissions system

Coordinated, focused and sustained action on these issues should finally put Australia on a path to a credible transition to a low-emissions energy sector as part of a low-emissions economy.

Investments that ensure reliability should balance the increasing share of intermittent, zero-marginal-cost solar and wind power. And a shift back to more competitive and efficient markets and better regulation of monopolies should deliver lower prices.

No sector of Australia’s economy depends more heavily on cooperative federalism than energy.

The physical, financial and legislative systems flow across state borders, and the core interests of governments and industry in delivering reliable and affordable energy are fundamentally the same.

Politics will be unavoidable in 2018.

There will be several state elections, and possibly a federal one, where energy will be an issue. Recent history suggests parochial and partisan politics could fail us all once again.

Yet failure is not preordained. Political will and leadership across governments could finally give Australians what they deserve and need – a transition to a low-emissions energy system that is boringly reliable and pleasingly affordable.