Technology not taxes: the problem with technology-led energy futures Politicians love a three-word slogan, and the Morrison government’s latest oversimplification of an incredibly complex topic into three pithy words is its approach to climate change: technology not taxes. But new research from Monash University shows that getting consumers to adapt technology-led solutions that will allow better demand management will be easier said than done. 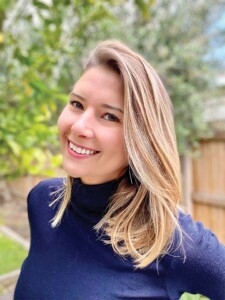 The phrase is an appeal to the right-wing which has fought a carbon price for almost two decades, while admitting that at least some decarbonisation is necessary.

Of course, while portraying itself as a free market solution, the policy itself involves investing significant taxpayer dollars, including $263.7 million for carbon capture and storage, a still largely unfeasible technology that is intentionally designed to prolong the life of fossil fuel industries.

The phrase is also a view that technology will save us from the negative effects of climate change, and that no social or lifestyle changes are needed to achieve  significant carbon emission reductions.

However, technology-led approaches to decarbonisation are likely to fail if they do not consider how technology will actually function, including how people will engage with a broad range of technologies that are proposed to address climate change.

Carbon capture and storage is not the only technology that the government is relying on to play a significant role in decarbonisation efforts.

The Technology Investment Roadmap also includes a number of emerging and enabling technologies that it suspects will underlie its technology-led approach to decarbonisation, in particular forms of what are called demand management technologies. These work by shifting the demand for electricity to times where it is plentiful and supplied by low emissions technologies, like rooftop solar.

While less controversial, these technologies are also worthy of interrogation. They include technologies like smart appliances that can be controlled remotely, either by consumers or by electricity companies through a process called direct load control. These technologies are imagined as allowing the electricity system to use automation and artificial intelligence to match household energy use to the increasingly complicated and distributed nature of electricity generation.

As Australia’s energy system relies on more renewables like solar energy, energy demand must be better matched to the times that renewable energy is available. Currently, too much solar is being produced in the early afternoons, and not enough is being produced in the early evenings, at the same time that energy demand rises as people return home to begin cooking, chores, or turn on their air conditioners.

New smart technologies can allow pre-cooling the house, or controlling the dishwasher remotely, in order to better match the demand for electricity with its availability from renewable sources. These can also be automated and therefore require little active involvement from households. This is why there is so much hype around these demand management technologies and the important role they are likely to play in the energy transition.

However, there is still much to learn about how people use automation in their homes and whether or not they are likely to use automated technologies in the ways that energy policy stakeholders anticipate.

Through ethnographic research with 72 households across NSW and VIC, we discovered that technological approaches to managing energy must consider people’s complex relationships and trust issues with automation and people’s everyday priorities.

In our research with Australian households, we found that smart technology enthusiasts were not very interested in using technology for energy management. The appeal of smart technology was more about the entertainment, convenience, or aesthetic improvements that it brought to the house, which may actually serve to undermine energy efficiency.

Smart lights, smart speakers, and internet-connected security systems were all adopted with little consideration of how their cumulative use might increase energy demand, and rarely were they used for automating existing household activities. When automation was part of the use of a smart technology, it was not designed to match energy price signals, but to optimise convenience or comfort. For example, the smart functionality in air purifiers is not set to respond to energy pricing or availability, but to air quality monitors built into them, which are likely to be triggered at existing peak demand times.

It’s not all bad news though. We found that there was widespread demand for the transition to renewables, but people didn’t necessarily see technology as central to that. Instead, households that were committed to saving energy often found actions like manually switching off unused appliances, or planning around the weather, to be less complicated than automated or smart systems.

Many preferred to manually control their energy use and developed ad-hoc practices rather than relying on the automation embedded in technologies. For example, one participant manually switched her electric vehicle charger on and off at the wall to override its automated charging function so that it better fit her routines and priorities, including to take optimal advantage of lower evening electricity prices.

We also found a willingness by people to play their part towards supporting sustainable energy futures. This was particularly true when we explained the earlier mentioned grid issues to households. Households were mostly positive about demand management programs and concepts, including demand management programs that encourage people to reduce their energy use at certain high demand times.

People are currently offered a small financial incentive to take part, but we found that people who already took part in these programs didn’t do it only for the small credit on their bill, but they found that it was an important opportunity to teach their children about energy, or they were motivated by a sense of helping the collective community.

Technology does have a role to play in decarbonising the electricity system, but it will also involve people buying into these technologies and responding in ways that reveal a broader social commitment to addressing climate change. Australia should not be relying on technology to be the silver bullet solution to climate change.

A technology-led approach overlooks the needed commitment of Australian households to decarbonisation. Instead, we propose taking into account the ways in which everyday life, technology and energy trends evolve and intersect. We implore the energy sector and policy stakeholders to consider new ways to co-design future digital and energy technologies that people can be productively involved in and ethically engaged with.

Dr Kari Dahlgren is a Research Fellow in the Emerging Technologies Research Lab. Kari is a social anthropologist and ethnographer interested in the social and ethical aspects of energy production and consumption in Australia.