Throughout Australia, NOJA Power’s OSM Recloser has become the trusted name in bushfire mitigation technology. Collaboration between the Brisbane-based manufacturer and Australian utilities
has culminated in a suite of protection and automation functionality deployed to resolve the challenges of Australia’s catastrophic bushfire season.

After the 2009 Victorian bushfire disaster, thousands of NOJA Power Reclosers were deployed to solve and mitigate bushfire risk. Nine years later, the system is still achieving its goal.

The key to bushfire mitigation strategy in reclosers relies on:

Any form of reclosing is not the solution to wildfire or bushfire mitigation, reclosers must be used in single shot mode on fire risk days.

Reclosing is an important but small part of an overall bushfire mitigation strategy. Utilities need to consider fault detection techniques to detect high impedance faults in the first place.

Some of these protection capabilities available in NOJA Power’s OSM Recloser are listed below: 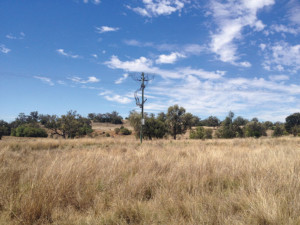 Whilst the deployment of NOJA Power Reclosers throughout Australia has been successful in mitigating fire risks across the country, it is imperative that the entire system be considered.

For all the protection functionality in the device, an absolute necessity is arc fault control and venting. The OSM Recloser is a fully encapsulated product, where the entire device is contained within a Stainless Steel IP66 Rated enclosure.

This enclosure ensures arc fault containment and venting in accordance with the requirements of IEC62171-200 and confirmed by type test certification of the recloser at Test & Certification Australia.

For a full test video, go to www.nojapower.com.au/typetest/recloser-arc-fault-containment-solid-dielectric.html

“At NOJA Power, we have focused significant R&D resources to equip our OSM Recloser products with functionality and safety features to provide the tools to our electricity utility customers to correctly manage their bushfire mitigation programs.”

This partner content is brought to you by Noja Power Switchgear. For more information, visit www.nojapower.com.au.