System 2.0 –towards a new energy system and investment 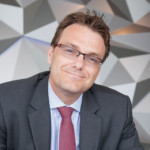 The way that capital is currently flowing into the new energy sector globally is changing and here Matt Rennie from EY explores why there is a strong need for a completely different approach by investors over the next 10 years.

When Rosa Luxemburg famously said, “Those who do not move, do not notice their chains”, she could not have known the relevance of these words to the electricity industry of the 20th and 21st centuries.

Indeed, disruption looks set to strike the electricity industry and its 140 year-old linear production and distribution chain, in much the same way as it has the transportation and accommodation industries.

Technology, consumer products and energy have converged over the last 15 years and investors, C-suite management and governments are now preparing for the emergence of a new energy ecosystem and anticipating a range of value shifts in the industry which will produce significant winners and losers.

Navigating from current market dynamics, insulating portfolios and maximising the power of investments means understanding and anticipating where things are going, how companies and technologies will fit, which technologies will be essential and who will buy them.

The new electricity system of tomorrow will be driven by a convergence of smarter investments, technological advancements, and changes in consumer demand to greater proactivity and control.

We will see a major shift from the traditional energy landscape to a system that will be defined by four new changed market and technological conditions.

We are indeed in the midst of a changing generation landscape, as the 50 year tide of coal-fired power recedes and is replaced by thousands of new renewable projects globally.

Recent price outcomes under $20/MWh in the Middle East for renewable, while indeed low, show the benefits of scale for EPC and finance, and global pressure to deploy capital, while new large-scale storage for frequency response, as illustrated by the recent projects in South Australia, demonstrate a market response to intermittency.

This is just the beginning, however. Industry insiders tip that the next 15 years will bring with it a new paradigm of baseload and peaking generation, with conventional and renewable energy base load generation augmented gas generators and, increasingly, storage to manage the peak.

As the number of renewable projects increases, so too the pipeline, and we anticipate current blockages with PPAs to be met by increased enthusiasm for merchant plant over the next ten years, with financing based on attributes of location and grid connection.

Those projects in good solar areas, with portable and replaceable technology, and on conveniently dispatched parts of the grid will determine the winners from the losers.

Meeting the peak will become the new sport in a world dominated by renewables, with large-scale storage enabled by short-term settlement arrangements in wholesale markets set to complement open cycle gas turbines and better ramp rates for conventional utilities to meet peaks.

For this reason, we expect the availability and pricing of gas to become even more pressing an issue than ever before in determining electricity prices. 2. An enhanced role for electricity networks

With changes in generation will come changes in the transportation arrangements required to service it.

We expect a new age for transmission networks, maturing from point to point AC to an enhanced role as providers of HVDC transportation between markets, stretching the reach of the grid to enable the new decentralised world of renewables as, for example, new technologies such as those being developed by GEIDCO in China, commercialise and alter the landscape.

On the distribution side, as new technologies designed to arbitrage localised network peaks become mainstream and find counterparties, we expect a split to emerge between valuation methodologies for regulated transmission and distribution companies, which will increasingly compete with, and be enabled by, storage.

While replacement cost valuations will remain the basis for regulated asset based for transmission, we expect this paradigm will be challenged over the next ten years for distribution as the peaks increase at a diminishing rate and then, depending on the implementation of electric vehicles, begin to flatten.

The world of solar and storage is changing the nature and use of the distribution system, as the focus on household beyond-the-meter storage is replaced by investment cases for storage within transformers and substations, enabling load flow management across the distribution network.

We see this trend continuing – as peak flattening, and the reduced growth of capital expenditure and pressure on regulated asset valuations that will accompany it, change the focus for C-suite management and investors in these assets.

We expect a strong pivot to additional investment in technologies and activities that increase revenue and profit yield from the network.

Value shifts, pressure on leverage, and the aggressive creation of new business models will become the norm for distribution companies looking to retain rates of return among a changing commercial landscape.

4. The rise of digital in retail

With such changes in generation and networks emerging, how best to supply and engage customers?

The emergence of digitally enabled, large-scale retail companies which are integrated with conventional peaking plant and storage to manage wholesale risk, will be best placed in this new peakless decentralised system.

We expect pressure on profits and values for those retailers engaged in “margin selling” as distinct from partnership models, and new entry retailers to face pressure to lease digital platforms to compete effectively and to gain customers from a higher relative cost platform.

A new system and investment paradigm

All of these evolutions change both the value of capital and ultimately its source – with returns contingent on not only technologies and roles, but regulatory arrangements, revenue recovery, price signalling and counterparties.

New entrants that find counterparties will flourish, and those that don’t will form part of the forest floor.

The very fabric of the power system will change, and the way utilities view their role in it will also need to change.

We expect a greater role for venture and growth capital, in a world traditionally dominated by yield investors.

Electricity is an industry in transformation, and with risk comes opportunity as new secondary markets flourish.

Knowing which buttons to press, which levers to pull, and the optimal mix of policy instruments will be critical, as financial engineering takes a distant second to deep sector expertise and system understanding.

The industry will be forced to think holistically about the convergence of sectors, technologies and social drivers that will be essential in picking winners and avoiding losers.

It will be a time for expertise, and for an educated understanding of how to match venture, growth and yield capital with the investment needs of the future energy market.

Those who do not move, do not notice their chains. Have you started to move?