With production costs plummeting and energy efficiency improving, the future of Australia’s solar industry looks bright. Here, we chat to Dr Gregory Wilson, Research Group Leader Solar Energy Systems at CSIRO Energy about some of the innovative technologies and research that are currently impacting the sector and transforming the way we convert sunlight into energy.

The Solar Energy Systems Group, based out of Newcastle, is the largest solar research group in Australia, researching both photovoltaic (PV) and concentrated solar thermal (CST) technologies. There are around 50 members in the group, including 30 full-time engineers and scientists.

They encompass everything from the development of new PV technologies, understanding performance of current commercial photovoltaic panels on the market, informing installers and system developers to engineering, developing and demonstrating new CST technologies.

Dr Wilson leads this group and has been involved in solar energy for the past 18 years, with at least 12 of those being at CSIRO.

He has a background in chemistry with a focus on the science of new materials for solar PV and CST technologies.

“I have worked on a broad range of renewable technologies from new materials for electrical energy storage – so the new types of lithium ion batteries and asymmetric super-capacitors – all the way through to photovoltaics and solar thermal technologies.

This has predominantly been in coatings. Such coatings can range from something on a surface for making mirrors more highly reflective, through to coatings that are actually light active, such as photovoltaic materials,” Dr Wilson said.

One of the projects Dr Wilson manages is research and development of extremely high temperature systems, reaching up to 700 or 800°C, which can enable the use of molten metals or supercritical gas as the heat transfer medium for capturing (and storing) solar energy.

These high temperatures hold promise for much higher efficiency solar energy capture and storage yet there are important materials and engineering challenges to overcome before these will be commercially ready.

Concentrated solar thermal (CST) technologies utilise high-temperature solar thermal energy, and can be used to drive a range of industrial applications, including electricity production, and due to the inherent high temperatures, chemical reactions and indeed industrial processes.

The most proven CST technologies generate electricity using molten salts at 500 or 600°C to absorb the sun’s energy, convert this to steam that drives a turbine to produce electricity.

The next generation of CST technologies, at higher temperatures, will do more and will enable production of liquid fuels and alternatives to natural gas – solar fuels – think ‘green’ diesel or aviation fuels.

In all CST technologies, reflectors are used to collect the solar radiation and concentrate it on a receiver with a much smaller area.

A higher concentration ratio of reflector-to-receiver area produces higher flux at the receiver, allowing higher temperatures to be achieved in a heat transfer fluid.

The thermal energy in the heat transfer fluid can then either be stored, converted into process heat, or converted into mechanical energy and ultimately into electricity through a power cycle.

This property of CST systems opens up the possibility of solar fuels, which are important not just for the energy sector, but it can also be used as liquid fuels for cars or aircraft, or chemical storage through ammonia production and a future hydrogen export market.

“Using thermal storage at those high temperatures, 700 or 800°C, will unlock a whole range of different technologies and applications to generate downstream products that cannot be obtained efficiently just by renewable energy in the form of electricity alone,” Dr Wilson said.

ASTRI is supported by the Australian Government, through the Australian Renewable Energy Agency (ARENA), and its goal is to lower the cost of concentrated solar thermal power so that all Australians have access to cheap, clean and secure energy.

Although CST offers a number of benefits over other renewable energy technologies, such as its characteristic thermal storage and capacity for energy dispatch, it is yet to reach the installation cost of wind, hydro or photovoltaics. 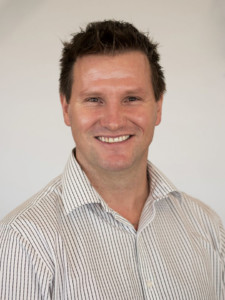 The most significant advantage of CST technologies over other renewable energy technologies is the ability to store thermal energy and convert it into process heat or into electricity when needed, creating dispatchable power generation. A differentiating factor for CST – storage and dispatch – will see increased acceptance and adoption under the Australian Government’s National Energy Guarantee (NEG) as CST uniquely can support the provision of reliable, secure and affordable electricity.

Thin-film perovskite solar cells have emerged as an inexpensive and revolutionary type of photoactive semi-conductor in thin-film solar PV’s, with a 22 per cent light-to-electrical power conversion efficiency (PCE) making them one of the highest performing technologies today.

This breakthrough technology is based on a new class of semiconductor material in the PV space – metal halide perovskite – which is a crystalline material structurally similar to the mineral ‘perovskite’ (calcium titanium oxide) named after the Russian mineralogist Lev Perovski.

Perovskite refers to any material with the same type of crystal structure as calcium titanium oxide, and this new class of metal halide perovskite gives the material unique high-performing semiconductor properties.

“These perovskites are an exciting addition to our research,” Dr Wilson remarked. “We can leverage exactly what’s happening in photovoltaics now, which is this big growth and deployment of silicon-based technologies and combine with a really cheap and abundant material.

This allows us to work toward a new solar cell technology that will provide a higher energy yield, with a cost benefit to both the manufacturer, as well as the end energy consumer.”

Advances in these solar cell materials offer high efficiency at low cost. However, further research and development is needed to demonstrate emerging perovskite technology as stable, durable and reliable, compared with traditional solar panels based on silicon wafers.

Perovskite solar cells are sometimes referred to as an OPV technology, yet they are fast making a name for themselves.

“Perovskite semiconductors are made by a solution process, making them room-temperature processable and will enable cost effective manufacture,” Dr Wilson said.

“The key benefit of perovskites is that the crystalised structure works with a range of organic and inorganic materials, so you end up with these hybrid organic-inorganic semiconductors that have really nice, what are called, ‘opto-electronic’ properties. The next few years will see more breakthroughs and more records broken; there’s clearly a bright future for perovskite solar cells.”

Dr Wilson explained that the main challenge for the solar industry is understanding that the transition to a cleaner energy future is a journey that cannot happen overnight.

“We all want to see a big renewable energy revolution, yet it just won’t happen tomorrow. We understand that this is a 20 or 30 year timeframe, and over the next 10 years there’s going to be some big changes that both CSIRO, and all researchers in the renewable energy space, need to help our industry partners manage,” Dr Wilson said.

A major challenge for the industry is identifying new ways to harvest energy from the sun that are highly energy efficient and cost-effective, and can potentially create a valuable export proposition for Australia.

The next big thing in renewables is using hydrogen as a chemical energy carrier, offering a cleaner alternative to traditional liquid fuels and gases.

A future export market, the production of hydrogen as a fuel, can be driven by renewable energy, particularly solar, as it is the most direct way of utilsing the energy needed to convert and store hydrogen as a chemical energy carrier.

Utilisation of hydrogen as a fuel is based on capture and release of energy in chemical bonds, so compounds with a high composition of hydrogen – such as ammonia – make ideal energy carriers. 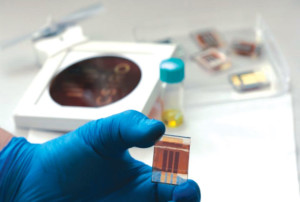 Redirection from traditional fuels to carriers like ammonia will drive creation of new energy systems which means the energy sector will have to learn how to alter and modify its supply chain to enable the transport of hydrogen both within Australia and overseas.

“CSIRO has established a hydrogen energy systems program – a future science platform – to target this new challenge. There’s also a big push through ARENA, which we’ll see more of over the next 12 months or so, to position hydrogen as an export market for Australia. Instead of exporting natural gas reserves, we can export the sun, essentially, through the use of hydrogen,” Dr Wilson said.

Dr Wilson pointed out that in the future there will be more than just the traditional rooftop based technologies and even large-scale commercial solar farms.

Although these will be the main generators of electricity, the ability to utilise different complementary technologies to better respond to fluctuations in energy demand and consumption will be key to mapping out Australia’s future energy mix.

“One fact to consider is the energy mismatch between peak generation and peak utilisation. Lots of renewable energy generation is during the peak of the day, around the middle of the day, and then in the afternoons and into the evenings, this is when peak utilsation occurs when there’s not as much renewable resources available such as solar. The solution is a mix of energy technologies for supply and demand,” Dr Wilson said.

“Therefore, as researchers, we need to understand more about how we store and distribute energy into the late hours. Realising that this means more than just electricity, which is sometimes overlooked, we come to realise the energy solution has to be more than just battery-based storage.

“Technologies such as concentrated solar thermal, which has the ability to store solar energy during the day, while not using it at all, and only dispatch at night using a thermal storage medium become more attractive. CST is a thermal battery, able to store and release heat energy day or night. A real game-changer for the industry will be to understand how do we work with these new technologies and how do they complement other renewables like photovoltaics and wind.”

While change is inevitable, it can be met with resistance and a fear of the unknown. This is why CSIRO undertakes research to understand the current status of industry and technologies and, in turn, how it can help businesses adapt.

“The process of adapting is a bit of a two-way street. Researchers will come up with new ideas, technologies and concepts based on industry needs and in response installers and manufacturers will then need to understand those ideas and engineer a solution that works with existing systems.

“Over the next few years we’ll start to see such transitions when new, higher performance, increased energy efficient solar panels are developed: how do we integrate these into existing systems? New PV technologies will have higher voltages and increased currents; how will engineers adapt and incorporate these into new systems under design?,” Dr Wilson said.

Ultimately, the future of solar lies in investing in technological innovations that will make future solar energy more efficient, more reliable and cheaper to produce.

“Solar and energy storage is more than photovoltaics and batteries. That part of the future energy mix is certain, we have to include renewables like concentrated solar thermal, as it inherently has storage – a thermal battery.

“Just think that until around 2015, more energy could be stored in a single CST plant in the US than all the lithium batteries ever produced. Lithium batteries are certainly making impact in the energy sector and I’d like to think the CST plant to be built by SolarReserve in South Australia is the first of hopefully many that will be rolled out across our sun soaked country and will equally signify big changes for solar in Australia,” Dr Wilson said.