Sparking equality in the energy industry A recent study by EY has revealed a significant link between female representation in the workplace and improved business performance – so why is the Australian energy industry falling behind when it comes to women in energy roles, and how would a gender-diverse energy industry differ from the one we know today?

Despite the fact that women are filling roles that were once male-dominated across many Australian industries, the energy sector is falling behind when it comes to female employment. 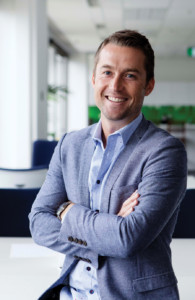 Energy spoke with CEO of Choice Energy, Christopher Dean, about the company’s commitment to overcoming underrepresentation of women in the energy sector and its approach to leading the way in this significant cultural shift.

With up to 90 per cent of applications for junior roles at Choice Energy coming from men, Mr Dean said it can be difficult to initiate change when it comes to diversity in the workplace.

In order to overcome this, the company investigated barriers to female participation. What it found is that for energy companies to have the opportunity to employ women, measures must first be taken to engage them.

“The energy industry needs to engage and retain more women – and promote them – to fill its growing needs for skills. Their leadership and contributions will be crucial to ensuring that the energy systems of the future address the needs of modern societies and leave no one behind,” Mr Dean said.

While he admits change can be daunting at first, Mr Dean said that Choice Energy has seen a significant increase in the number of women working for the company as a result of fostering a company culture that is willing to welcome and invest.

“For the first women that come into a male-dominated environment, I imagine it must be a bit daunting. But we’re roughly 30 per cent women now. That number is still very low, but three of our top five salaries are women. That’s something we’re quite proud of,” Mr Dean said.

One way Choice Energy has endeavoured to increase female interest in the energy sector is through partnering with education providers. The company has had university interns join the team before and is keen to expand their efforts in this area.

With the ratio of women to men increasing, Choice Energy has seen a significant change in the business. With the ratio continuing to improve each year, the company expects to see ongoing benefits both for itself and for the women it employs.

The impact of equality According to the Workplace Gender Equality Agency (WMEA), statistics show that when at least 30 per cent of a company’s leadership positions are filled by women, the company tends to report a 15 per cent growth in profits.

“Each time we hire a woman and promote them into leadership, it gets easier,” Mr Dean said.

“Hiring our Operations Manager was one of the best things that we’ve done. At the time we felt it was a bit of a risk; the safer option was to hire the bloke from the energy sector. Within two days of her starting, we knew we’d made the right choice,” Mr Dean said.

Successfully introducing more women into the energy industry, and seeing these statistical benefits, comes down to being welcoming, keeping an open mind, and starting important conversations, according to Mr Dean.

“If you do post a job and you get a lot of male CVs, just sort of accept that it isn’t necessarily the way to go. If you’re choosing between two people that look the same on paper, just open your mind up to EQ and softer skills, because they could be something that you’re lacking.

“What we’re doing at Choice Energy is talking about it and sharing it. I think that could change the thinking of some of the other businesses that lead in the energy sector.

“If sharing this message gives us one extra female recruit, then it’s been a win. But the likelihood is the more we talk about it, the more female leaders we will bring on, so it’ll be compounding from there,” he said.

With a lack of diversity in leadership, any sector can fall victim to a negative stigma. According to Mr Dean, the energy sector needs to work at improving its reputation, particularly when it comes to its approach to sensitive issues.

“I think having more diverse leaders will help that. Women can see the world differently, and I know it’s definitely made our workforce a better place for both men and women to work in,” he said.

As a direct result of what Mr Dean refers to as a more “nurturing approach”, Choice Energy has implemented in-house counselling services, offering confidential support to its employees who need to talk to a counsellor, free of cost.

“Guys don’t really talk about their feelings too much. We’re trying to break down that stereotype as well. So we’ve got a counselling service and we know that it’s used across our workforce now. That’s something that surprised me.

While drumming up female interest in employment is a significant step in closing the gender gap and improving the sector, achieving gender balance comes down to the roots of the business and making subtle, inclusive changes.

“We help a lot of manufacturing businesses because they’re heavy users of energy, and they’re typically male dominant – so all of our sales scripts and customer service scripts tended to say ‘he’, or ‘Mr Customer’.

I’ve always been pretty big on ‘she’ and ‘Mrs Customer’. Just trying to make it so it’s not so male dominated,” Mr Dean said.

While this may seem like a small step in combating a bigger issue, these changes can have a positive flow on effect to the overall culture of a business.

“In terms of the culture, a woman coming in and having all the scripts and training being ‘he’ related – that probably doesn’t help either. Just being mindful of talking about women makes a difference.”

In a holistic approach to gender balance, Choice is also aiming to support and normalise families’ various approaches to work.

“We recently hired a part-time finance controller who is male. He works two days a week so he can look after his kids the other three days so that his wife could go back to full-time work.

It’s actually the man who’s staying home with the kids now in the part-time role, which is just something that probably wouldn’t happen
15 to 20 years ago,” Mr Dean said.

The future of energy

With female interest in energy still low, the future of a gender balanced energy sector is reliant on reputation and recruitment. Sometimes, this means looking outside the industry for the perfect fit.

Some of the Choice Energy team, including at front, Head of Strategic Partnerships Rebecca Xuereb

We thought she had some better, softer skills that the company needed, rather than hard energy operations type things. If we’d just hired another energy person, it would just be more of the same.

“All the women leaders we’ve got we’ve hired because they’ve been the best candidate for the role, not just because they’re female. I think that’s important as well. But we pay special attention if we’ve got two people that on paper can bring the exact same thing skill wise,” Mr Dean said.

With adaptation being key to long term success within the energy sector, energy companies are consistently looking at ways to change and improve operations.

Mr Dean said that while some assets can be automated, replaced, or sent offshore, things like emotional intelligence are becoming increasingly important and simultaneously difficult to find.

“I think diversity, more than ever, is going to play a massive role going into the next ten or 20 years of our industry.

“I hope we can convince more women to see energy as a great option for a rewarding career and an opportunity to play a role in leading the industry toward a lower-emissions future.”