Alberto Litta, EVP – Head of Technology and Design at ENGIE, will join the impressive line-up at the Australian Hydrogen Forum, presenting  ´ENGIE´s vision for a hydrogen future´ on day 2 of the conference. In this Q&A, Alberto discusses ENGIE’s future plans, potential technical issues and how they plan to overcome them. 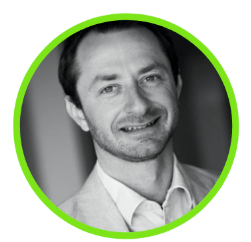 Alberto Litta, EVP – Head of Technology and Design at ENGIE

To give context to our readers, could you give us a brief background into your role at ENGIE?

I am a senior manager with 20 years of experience in the energy sector, almost all of them spent within the ENGIE Group. During my career, I have been increasingly exposed to project management, business development and general management responsibilities at international level.

My last assignment started in June 2018 when I joined the head office of ENGIE in Paris as EVP – Head of Technology and Design of the newly created BU Hydrogen, in charge of developing, building and operating large scale renewable based hydrogen facilities.

During my previous assignments in the engineering and consulting business, I have been in charge of the general management and the business development of large units dedicated to the execution of projects in the field of wind, solar, thermal power and natural gas worldwide.

ENGIE has made Australia a key market in terms of developing your hydrogen business. What are the company’s plans in terms of where it will sit within the future hydrogen value chain in Australia?

We currently have an ongoing collaboration in this sector with our partner YARA. The project consists of feeding the existing Yara Pilbara ammonia plant in Western Australia with renewable-based hydrogen with a phased approach and leading to a 100 per cent green hydrogen based ammonia production process in 2030.

What do you think are currently the main commercial barriers hindering hydrogen from being a large-scale solution to energy storage and as a source of fuel?

Today, the cost of hydrogen is often a starting point for discussion with potential customers. In the next few years, as the market further develops, we expect to see the renewable based hydrogen production costs drop considerably before 2030. As the increase in demand accelerates, more efficiencies will be created and we expect a price decrease. This challenge is similar to what we have experienced initially in the PV solar market.

If we compare these trends, we can understand why there is a big opportunity today to buy into the hydrogen market now – to establish partnerships early on, build up credibility as ‘first & early adopter’ of new technologies, to be the innovative player to establish the ground for future development….

What are the key technical issues when it comes to hydrogen production and how do you foresee these issues evolving in the coming five years?

There are several challenges:

The works and developments are numerous but very promising. The key to overcoming these challenges is to work hand in hand with our clients and with the technology providers to create the virtuous circle needed to generate efficiencies, economies of scale and pull the costs down.

Are there any examples in other places in the world of hydrogen innovation that could be employed in Australia to help accelerate progress? or what can Australia learn from other countries that are taking hydrogen seriously?

On the large-scale industrial projects like Yara Pilbara, we are learning as we go. Once again it is essential to create a partnership approach both with final off-takers (it is the case with Yara) and with the technology providers.

Of course, we are developing other industrial projects aiming at very large scale green H2 installations in the field of ammonia and in other chemical industries where H2 is massively used, for example in Chile with ENAEX and in the Netherlands with our partner GASUNIE.

On a smaller scale, ENGIE is developing a number of green H2 projects in many cases dedicated to mobility as the Zero Emission Valley project which will deploy 20 hydrogen refuelling stations in the Auvergne-Rhône-Alpes region in France for the next 3 years.

Australia can manage many of these types of hydrogen applications and developments locally. The key is to take advantage of these opportunities early on, establish key partnerships to be able to scale-up hydrogen production now.

What is the thing that keeps you up at night, so to speak, with regard to challenges that you think put the progress of a hydrogen economy at risk? or, If there was one issue or risk you think would stop hydrogen progress and investment in its tracks, what would that be?

Safety is a topic to be managed carefully from the technical and the communication view point.

Although hydrogen is a well-known industrial gas widely used in the industry for decades, massive production by water electrolysis and storage of huge quantities of hydrogen has not been applied yet.

A transversal exercise for sharing knowledge and the best practices among the various players in the field of hydrogen will be the key for a successful deployment of large scale projects.

Once again scale-up and close collaboration between ENGIE, its off-takers and the technology providers are among the key success factors to make renewable hydrogen happen. The beauty of all this is that it is already happening.

This partner content is provided by Quest Events. For more information visit https://www.hydrogenforum.com.au/