Powering ahead with community batteries 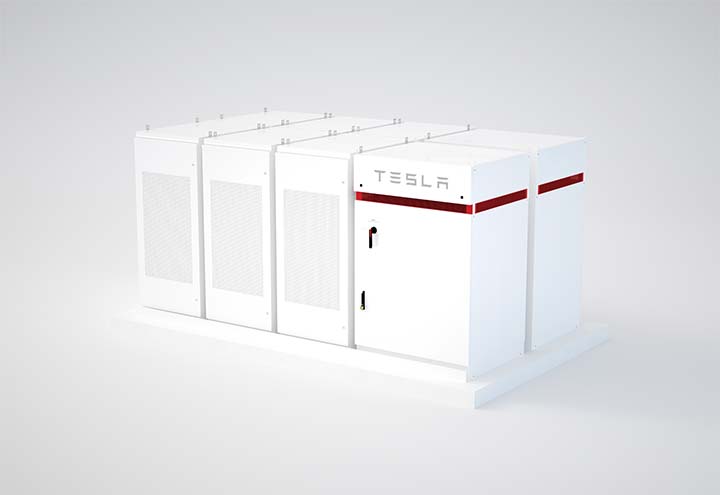 The twenty-year outlook on Australia’s energy future will continue to star decentralised renewable resources, like rooftop solar, which are
predicted to increase by at least 200 per cent by the Australian Energy Market Operator (AEMO).

For Australia to get the most out of our distributed energy resources, such as rooftop solar, researchers are pointing to the critical potential of battery storage for buffering energy output.

Living between the scales of utility and household scale batteries, community batteries offer energy storage for around 100 households, with power capacities up to 5MW.

They might be anywhere between the sizes of a refrigerator and a shipping container, but don’t rule out the imprint that community batteries might have on Australia’s energy future.

Leading Australian researchers have pointed out that community batteries promote local energy stability and resilience, they are cheaper when compared to deploying single-household batteries, and they boost local hosting capacity, increasing the amount of renewables that can be installed across our neighbourhoods.

While trial projects around Australia are promising, researchers from the Battery Storage and Grid Integration Program (BSGIP) have detailed key regulatory and social hurdles that prevent community batteries from really taking off.

Australia’s base of decentralised renewables could stand to benefit from a more widespread uptake of community batteries, according to researchers from the BSGIP.

Dr Marnie Shaw, the BSGIP Project Lead, notes that community batteries are like household batteries in how they “support the grid by acting as a ‘solar soak’ during the day and reducing peak power demand later in the evening”.

A findings report released by the BSGIP project suggests that community batteries could act as nodes for managing demand and voltage issues on the distribution network, particularly felt during peak import and export times, while also securing contingency options and energy resilience for local communities.

Dr Shaw’s team at the BSGIP has proposed a new tariff model that recognises the local energy transactions between solar units and community batteries, addressing an existing regulatory barrier for battery uptake.

“Current electricity tariffs double-charge community batteries because the grid is used to both charge and discharge the battery,” Dr Shaw said.

“We propose a discounted tariff that would apply to energy transported over short distances.” Unlike household battery units, which might be “off the grid” to allow charging without network fees, community battery units are typically installed in front-of-themeter: this enables community batteries to integrate and adapt to the broader network at the price of energy flow network charges.

The BSGIP’s distance-based tariff, known as the Local Use of System (LUoS) tariff, is just one regulatory change that would allow community batteries to become a far more economically viable storage option. The social impacts of community batteries

Dr Hedda Ransan-Cooper, Research Fellow at the BSGIP, has found that the rollout of community batteries touches on existing community values including fairness, local value and decarbonisation.

“Our research shows a significant driver for adoption of residential storage and solar more generally is a desire to speed up the decarbonisation of the energy transition,” Dr Ransan-Cooper said.

Indeed, a stakeholder report from the BSGIP has found that community batteries could open doors for new social groups, such as renters and households without rooftop solar, to also participate in decarbonisation.

Dr Ransan-Cooper also notes that a deeper consideration of what fairness means to different community groups would only speed up the development of policies for renewable energy transition such as the community battery scheme, noting that “instances of perceived inequality” between energy users and energy companies only exacerbate low trust in the energy sector.

The future players of community batteries

At the intersection of regulatory and social challenges, ANU’s lead battery storage researchers have closely evaluated the strengths and weaknesses of different ownership models for community batteries.

One interesting ownership model studied by ANU researchers looks at how third parties such as local governments could deliver benefits to the widest range of stakeholders.

Importantly, the stakeholder coverage offered by a local government community storage project would stretch beyond rooftop solar homeowners and participating customers of a given community battery scheme.

Beyond a guaranteed return for battery storage customers, any additional revenue of a council-owned community battery could be further reinvested in local sustainability projects.

In a federal response to the potential of community storage, the Australian Labor Party announced a $200 million ‘Power to the People’ proposal to build 400 medium-scale batteries across Australia.

Undoubtedly, the critical research of ANU’s Battery Storage and Grid Integration Program will set Australia up for a smarter and fairer national rollout of community batteries, to make the most of our distributed energy sources as we continue a national energy transition.