Possibly the coolest circuit breaker on the market 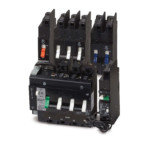 In 1957, CBI Electric invented the highly sensitive residual current device (RCD), which eventually resulted in South Africa being the first country in the world to make the use of RCD’s mandatory.

CBI Electric, perhaps better known in Australia as Heinemann Electric, has a long history that dates back to the 1950’s and early 1960’s, and is known for its SF range of products that have been entrenched in Australian mining, rail, industrial and commercial applications. 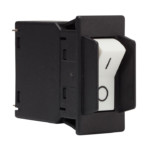 The CBE range boasts a wide selection of circuit breakers for equipment in the B, C and DD FRAME, and also includes the 13mm narrow profile QY and QDC ranges available for AC and DC applications. These products can be customised to a customer’s needs and individual specifications, assuming the specification is covered by the relevant standard. The full range and technical data sheets are available at www.cbi-electric.com.au.

Due to the fact that the modular width is 13mm instead of the traditional 18mm, you will realise a space saving of more than 30 per cent in the same cabinet size. This is ideal if you are going to upgrade existing equipment, equally so if you would like to fully optimise and reduce the dimensions on a new design.

More compact dimensions are often associated with higher temperatures, but as the Q-Range is hydraulic magnetic and thus unaffected by ambient temperature, it allows for the 13mm profile and will always hold rated current. Specially adapted busbars with 13mm modular width, are available in various configurations.

CBE has recently released the Y frame, which is also available in the 13mm profile for telecommunication DC applications. This utilises the Hydraulic Magnetic technology and takes advantage of the 30 per cent space saving as per the Q Range. 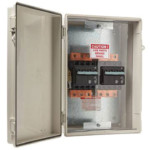 Solar battery storage for off grid, residential and commercial applications

Utilising its Hydraulic Magnetic technology, CBI Electric has released a range of circuit breakers for the battery storage market which include the standalone breakers from 80A -250A 80V DC, as well as the complete enclosure which houses two breakers to safely protect and isolate battery strings from 80A to 250A.

With the use of Hydraulic Magnetic you are guaranteed to have no effect on the breakers from ambient temperatures, and when fitted into a MCB shell up to 250Amps the customer can save space and enjoy the ease of switching against fuses and MCCBs. The RAU connects to circuit breakers with a standard toggle. The circuit breakers can be manually operated when in the REMOTE mode. Two indicators are present on the front face of the RAU unit.

The first is an LED that provides an indication of the mode of operation as well as showing the unit’s operational status.

The second is a colour flag indication which highlights the position of the latching mechanism of the connected circuit breakers. The unit has a select switch, providing the ability to specify the operation mode – remote or manual. A signal output provides feedback to the user that there is power on the load side of the circuit breakers.

The unit comes with a universally standard connection terminal. For DC circuits up to 300A, and AC circuits up to 100A, the RAU has a operating voltage range of 15Vdc to 80Vdc. Applications include battery storage, telecommunications, railways, solar and system automation.

CBI can design this product to your needs, whether it be three individual circuits at different current ratings or up to the full capacity using three bridged breakers. These are available in one, two and three-pole configurations. These are enclosures that can withstand the harshest conditions, and come in a range of sizes and designs, including wall mount, pole mount and floor standing pillars. The range features IP54 enclosures that are heat resistant; have a 15 per cent reduction in heat than conventional enclosures to protect sensitive equipment; are acid resistant; fire retardant; won’t attract lightning strikes; are approximately 30 per cent lighter than standard metal enclosures; and can be recycled up to five times.

Pole top boxes for utilities allow visible indication of phase fault – this can be seen from ground level and can be easily switched back to the on position once the fault is cleared.