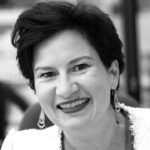 The beginning of 2018 has focused on whether the National Electricity Market can withstand the demands of summer. This would have been unheard of not that long ago, but the state wide blackout that occurred in South Australia in September 2016 and subsequent supply issues elsewhere last summer have made reliability of supply a “front and centre” issue.

In a late January heat-wave, AEMO prepared some of this reserve plant to operate, but while conditions were tight, it didn’t need to be called on.

This did not prevent finger pointing about the lack of wind generation when required in hot conditions, or questions being raised about the reliability of coal and gas-fired plants in the heatwaves.

So the year started as 2017 finished, in an ideological debate about the best way forward and the merits of different forms of generation, the nature of policy risk, climate change and how much life left in old power stations.

All forms of generation have their challenges at times of high temperatures and peak demand.

The biggest difference at the moment is the lower dispatchable reserve margin available in the market, due to the closure of plants like Hazelwood in Victoria and Northern in South Australia.

They were the most recent of 10 coal-fired generators that have left the National Electricity Market since 2012, taking more than 5,000MW of firm, dispatchable capacity with them.

The retirement of another 15,0000MW is likely to occur over the next 15-20 years. Retiring power plants at this rate without replacement creates supply-demand imbalances.

The plants that have closed have not been replaced with like-for-like generators.

Since 2012 we have seen more than 3500MW of large-scale renewables and another 3400MW of rooftop solar introduced with support from the Renewable Energy Target, as well as various state-based support schemes.

But this new variable renewable energy generation is not the same as new dispatchable capacity.

At a practical level it means the level of back-up generation is thinner and so trips on individual units during high demand are now likely to be more significant and noticeable.

The increase of reliability risks is the reason why the recently formed Energy Security Board has recommended a reliability guarantee obligation as part of the proposed National Energy Guarantee (NEG), which is currently before the Council of Australian Governments’ (COAG) Energy Council.

The solution to energy policy in Australia hasn’t changed in a decade. At a strategic level, and from the industry’s perspective, it isn’t overly complicated. Australia needs policy certainty to foster adequate investment and thereby provide access to energy resources.

Once that is in place, the market will make the necessary investments in response to market incentives which will restore confidence in electricity reliability.

The design of the future grid will be shaped by things such as the cost of technologies like renewables and storage, the price of gas, the ability of technologies like lower emissions coal to get cheaper and cleaner, the evolution of distributed energy like solar, and the way consumers are encouraged and incentivised to handle their demand.

It is the reason why bipartisan agreement on national energy and climate policy is critical and is being urged by the energy industry and business more broadly.

Resolution of energy policy will remain challenging in 2018, particularly when you take a look at the political calendar for the year. There will be three state elections – South Australia and Tasmania in March and Victoria in November.

A conventional (ie not a double dissolution) federal election is possible from 4 August 2018. In all three states, energy policy and developments will be an important focus and part of the political debate.

The Labor governments in SA and Victoria are committed to continuing to develop renewable generation and battery storage.

The stakes are high

Further south, energy has not been far away from the headlines in Tasmania because of the “energy crisis” it went through in 2016 with the loss of the Basslink interconnector and low dam levels, and debate over the retention of the Tamar Valley gas-fired plant.

More recently, discussion of the state becoming the “battery of the nation” as well as a jointly funded Federal and State Government feasibility study into a second Basslink interconnector are underway.

So the energy stakes continue to be high.

The NEG is a considered and welcome proposal which addresses all three elements of the so-called energy policy trilemma – reliability, cost and emission reductions.

The two arms of the NEG are a reliability guarantee to ensure energy is always available, and an emissions guarantee to enable the energy industry to meet its share of Australia’s commitments on greenhouse gas emission reductions.

The reliability guarantee is planned to become effective by the end of 2019 with the emissions guarantee to come into effect in 2020. Compliance with the guarantees will be the responsibility of electricity retailers.

A detailed design consultation will begin shortly to assess how best to implement the NEG with as little impact to market participants as possible, and avoiding unintended or unforeseen consequences.

The Energy Security Board is well placed to run this consultation and stakeholders are cautiously optimistic that a workable NEG can be the outcome.

It is critical that this consultation does involve all of the industry, including large and small players, in order to develop the right set of market mechanisms to bring the NEG to life.

Support for, and participation in, this consultation with the Energy Security Board will be the key task of 2018 for the Australian Energy Council, and the industry as a whole.

The success of the NEG will be measured by whether it can achieve the necessary bipartisanship and COAG endorsement to enable it to become a durable policy on which industry can rely, and investment can occur.

Without that support, policy instability will continue and the industry will struggle with the kind of investment uncertainty that has occurred over the past decade.