Nuclear for net zero: facing the realities of a carbon constrained world 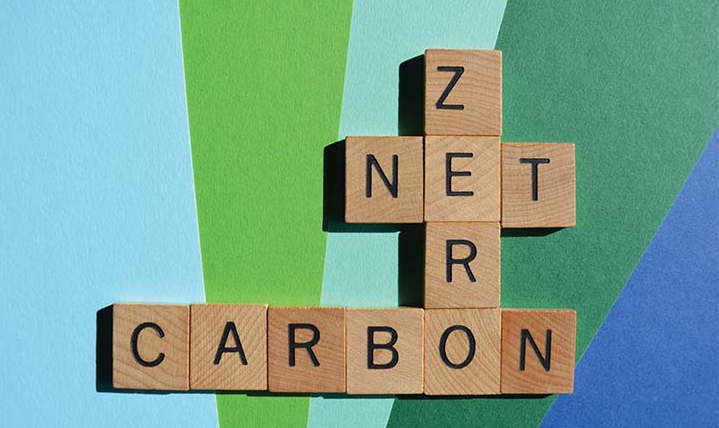 While countries around the world are laying down their targets for achieving net zero emissions, Australia is still yet to commit to a net zero timeline. But pressure is mounting, and according to Benjamin Heard and Jonathan Armstrong, we need to face the reality that nuclear energy should be part of the transition to net zero in Australia.

The expression net zero has swiftly become a global rallying cry that has taken a firm hold at the highest levels of policy. It is an elegant, scientifically-robust concept, focused on an outcome – emit no more greenhouse gas than we can remove.

This requires technologies, processes and systems of social organisation with zero climate impact that enable people to continue to live in health, safety, security and reasonable prosperity.

There is no cap under which we can trade, no bureaucratic attempt to ration the global atmospheric commons. There is a single goal, relevant to all, that can be reached through the development and scaling of solutions which mean cleaner air and advantageous re-industrialisation.

No wonder net zero is proving itself to be politically durable. However, challenges lie ahead. Popular focus remains on our power grids, which are only responsible for about a third of Australia’s national emissions.

Transport, along with industrial processes and direct combustion, are responsible for more than 53 per cent of emissions. Agriculture, waste and fugitive emissions account for 13 per cent. We have limited examples of near-zero carbon power grids worldwide, and no economy-wide examples merging zero-carbon power, transportation and industry.

It is a race into the broadly unknown. Understandably, Prime Minister Scott Morrison emphasises a need for confidence in how net zero can be achieved and with what technologies. Whilst well-endowed with raw renewable energy potential, Australia is immensely dependent on consumption, import and export of fossil fuels.

We also maintain legislative prohibitions against the use of nuclear technologies. Our major trading partners, who are lining up behind net zero, have nuclear technologies in the frame. The United Kingdom, United States and Canada are all making accelerated efforts for a new generation of indigenous small modular reactors.

China’s recently announced expansion plans, to a 300GW sector, has left analysts in no doubt of their intentions.  These technologies offer clear technical advantages in reliability, firm capacity and scalability that set them apart from weather-dependent power generation. Crucially, they are also direct providers of net zero heat.

This is essential for powering industrial processes, including a new hydrogen economy. The potential role of hydrogen is becoming more broadly understood, as a direct fuel, a vital ingredient to industry, and a path to synthetic transport fuels. But the scale required remains unappreciated.

Consider Australia’s imports of fossil oil – approximately 2,400PJ per year. If Australia’s entire current wind and solar capacity was redirected to committed hydrogen production, we might make in the order of three per cent of the energy in our oil imports as hydrogen.

If we use only that which is presently curtailed supply (the excess that occurs when wind and solar is in relative plenty), our hydrogen production potential falls to a small fraction of one per cent of current oil imports.

This is confronting. Net zero is arguably unachievable in Australia through continuing incremental growth in variable renewable supply, and creative sponges for the excess. We must build our thinking backwards from the outcome.

Net zero means creating and sustaining an interlinked system of energy creation, industrial production and energy supply that will dwarf the existing electrical supply capacity, with massive-scale production of zero-carbon electricity and heat at its heart.

From that back casting view, the role for advanced, high-temperature small modular reactors (SMR) becomes clear. A fit-for-purpose size that can connect to the existing grid, SMRs offer full-time production of electricity and heat. This supports high- temperature steam electrolysis – a more efficient and productive path to hydrogen production.

Positioned as multi-purpose devices, SMRs will support the further cost-effective integration of variable renewables, while maximising production of hydrogen and synthetic fuels, and ensuring best, economical use is made of all storage capacity in the grid.

Their synchronous generation, which can run day long in a net zero industrial system, will maintain the essential system grid security currently under threat from the departure of Australia’s coal sector. Viewed from the essential systems perspective, SMRs are a benefit multiplier on the road to net zero. However, those benefits are inaccessible to Australia under current policy settings. Policies can, ultimately, be changed quickly. But the acquisition and deployment of new technologies, while possible to accelerate, cannot be rushed. Australia’s approach to offshore renewable energy is a case in point.

While not prohibited, we have no extant sector, and we cannot have one that is producing power tomorrow, or even next year. Australia is developing the legislative and regulatory settings that will enable benefits from those technologies in years and decades to come, while ensuring smooth integration with social and environmental needs and expectations. A like-minded attitude is required for SMRs.

Technologies can only flourish in the context of capabilities. In capabilities, Australia has a reasonable foundation for future use of SMRs, but serious work ahead. Global developments in SMRs are swiftly overtaking the Australian status of “watching brief” expressed in the 2019 Energy White Paper.

A pivot is required, from “watching brief” to roadmaps and action plans, if we are to have a timely inclusion of these solutions to take us to net zero. Australia’s trading partners and competitors are quickly setting the industrial ground rules for the rest of this century – net zero, technology-inclusive industrialisation with a clear role for nuclear technologies.

It is beyond Australia’s reach to alter this, but it is well within our reach to benefit from it. That needs a systems thinking approach, working backward from a future state, to prepare and deliver full-scale re-industrialisation. The conversations that link policy with engineering need to happen early. It is a race to the top, and like any race, you need to be in it to win it.

Based in Adelaide, Jonathan Armstrong is Director of International Business, serving on the Board of Frazer-Nash. He started his career in the UK’s civil nuclear industry, where his roles included leading a major project to increase the enrichment of the UK’s nuclear fuel, leading teams providing specialist technical support for in-reactor fuel behaviour and
authoring safety cases requiring the highest level of experience. He has also run a clean energy start up in the UK and founded Frazer-Nash’s operations in Scotland. In 2015 he relocated with his family to Australia to lead Frazer-Nash’s international business.

Jonathan studied physics at Edinburgh University and is a Companion and Engineering Executive with Engineers Australia.
Ben Heard is a Consultant with Frazer-Nash, and also the Founder of the environmental NGO Bright New World. Australian-born and raised, he holds a Masters in Sustainability and a professional background in climate change related work. Formerly anti-nuclear, Ben is well-known for his evidence-based reappraisal of nuclear technologies considering the need to address climate change. He has since become a globally recognised advocate for the use of nuclear to address our biggest challenges, including presentations at COP21 in Paris (2015) and organised protests at COP23 in Bonn (2017). He completed PhD studies in 2017 including the highly-cited paper Burden of Proof, and joined Frazer-Nash in 2018. He has featured in 60 Minutes, and the international documentary film Juice: How Electricity Explains the World.