by Josh Wilson MP, Shadow Assistant Minister for the Environment

Despite our abundant renewable energy resources, the nuclear debate continues to gain attention here in Australia. Here, Josh Wilson, the Federal Shadow Assistant Minister for the Environment, outlines his case for why we should move on from nuclear, and focus our energy efforts on developing a true bipartisan energy policy that will see us through the next several decades. 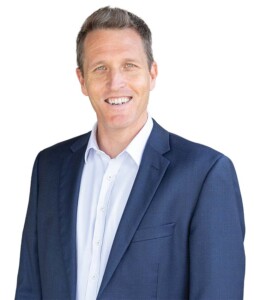 Nuclear technology is both achingly slow and extraordinarily expensive as a form of new energy generation. Those are its defining characteristics.

They are the twin reasons for the worldwide decline in reliance on the technology. But there is a laundry list of other reasons too.

In the fast-evolving and highly disruptive world of energy generation and energy distribution, nuclear technology has no unique competitive advantages.

It has far and away the highest capital costs. It is incredibly time consuming and complicated to deliver. It delivers inflexible supply and is dependent on long-term offtake agreements.

It involves acute management and cost uncertainties with respect to operational safety, decommissioning and waste storage.

It carries difficult geopolitical implications. It has caused some of the most severe, costly and harmful industrial disasters. It has no social license.

That is some kind of prospectus right there, and, not surprisingly, nuclear technology is fundamentally uncommercial, “un-investable”, and uninsurable.

Also not surprisingly, the only major commercial nuclear players (Areva, Westinghouse) have gone bankrupt, and global leaders in innovation and technology like South Korea have explored and then abandoned plans to move towards nuclear energy.

As countries like France and the UK move to wind down their proportional use of nuclear power, they are stuck with the difficult and expensive problem of having commissioned new plants at precisely the wrong time.

Flamanville (France) and Hinkley C (UK) are years behind schedule, billions of pounds or euros over budget, and premised upon eye-watering per kw/h costs that taxpayers will bear for decades into the future.

That’s why in 2018 the world added an additional 165GW of renewables and only 8GW in net nuclear capacity. The data contained in the World Nuclear Industry Status Report 2019 is utterly compelling.

Building new nuclear plants is among the most expensive energy technologies in the world.

In some cases the countries that still talk about increasing nuclear energy are intending to do so through government-funded programs in circumstances where the relationship between civilian and military programs is, worryingly, an enabling consideration, and the quality of regulation when it comes to health, safety and environmental protection is not what we would accept in Australia.

Even the Morrison Government’s Technology Investment Roadmap acknowledges that the highly questionable prospect of so-called small modular reactors only merits the status of “monitor and consider” at the outside of the long-term (2030-2050+) time frame.

You don’t need to be a cryptographer to read this as a meaningless sop to nuclear die hards.

In last year’s inquiry into nuclear energy by the Parliamentary Committee for Energy and Environment, we experienced the cognitive dissonance of being told Australia needed to have such a conversation in the course of a nationally broadcast and Hansard-recorded conversation about nuclear power.

One of the first to give evidence was Dr Ziggy Switkowski, who conducted the government review into nuclear energy in 2006. His key message: there is no basis for nuclear power in Australia.

Interestingly, there was widespread agreement from those appearing before the Committee that the number one priority was the establishment of a bipartisan national energy policy to guide investment in low-cost and low-emission power.

Yet government members of the Committee could not bear to see that recommendation in print, and the government is yet to formally reply to an offer by Labor to sit down and develop such a policy.

And so we continue to wander in circles with higher costs and higher emissions and increasing investment uncertainty.

The second furphy says that because we have significant reserves of uranium, it follows that we should develop nuclear energy.

That is like saying we should develop a Mars rocket program because we have excellent star-watching conditions in central Australia.

Anyone who makes this argument is a fool or takes their audience for fools.

The third furphy says we can only test the viability of nuclear by lifting the legislative moratorium. That is wrong. Nuclear is not a marginal case.

All the evidence and all the inquiries and all the international trends and data arrive at the same conclusion: it’s not what we need and it doesn’t make sense.

The only thing to be achieved by lifting the moratorium is a great waste of money and resources through the extensive regulatory changes that would be required, the inevitable rent-seeking of the nuclear industry and its backers, and the substantial opportunity costs of having money and effort diverted towards this dead end.

Truth be told, the opportunity costs are already gathering. While we circle the nuclear merry-go-round again to give the same old paint-chipped hobby horses a run, the big energy challenges have been neglected.

Labor continues to offer the hand of bipartisanship in pursuit of a national policy, as we did with the National Energy Guarantee, which died on the altar of Coalition infighting in 2018.

In Australia we are fortunate to have missed the “nuclear moment”, if there was ever such a time, and that has been a matter of circumstances, responsible government and community common sense.

We should consider ourselves very lucky. Blessed with hydrocarbons in the now passing age of coal and gas, we find ourselves blessed again with a distinctively rich combination of sun, wind, waves, and new energy metals.

Remarkably we are the custodians of all it takes to be a renewable energy, storage and efficiency superpower. Other countries like India, which I visited last November, would love to be in our position, and should be the focus of our effort to share expertise in areas like household solar.

Sadly, Australia is making awkward progress towards that potential because we don’t have a national energy policy, we have a government with a clear anti-renewable record, and we continue to undervalue the incredible achievements and learning rate of low- and zero emission technology, with its potential to revitalise other sectors like manufacturing.

At a time when we have real challenges in system design and transmission, liquid fuel security and low-emission transport solutions, storage technology planning and development, the ever present non-conversation about nuclear is a dangerous distraction.