Making it work: generating and retailing in the new energy paradigm Ed McManus, CEO of Powershop Australia and Meridian Energy, hasn’t been involved in the energy industry for a long time, but in the four years since he joined the sector, he’s made a big impact. At the helm of a company with the mandate no more simple, or more complex, than to be “a better power company”, he has his work cut out for him. Managing Editor Laura Harvey sat down with Mr McManus to discuss his thoughts on the energy trilemma, whether the market or policy is the best way forward, the integration of renewables into the grid and gaining back the trust of energy customers.

It’s the puzzle everyone in the energy industry is currently trying to solve – how do we provide users with energy that is cleaner, affordable and reliable, while taking into account things like our existing electricity grid, prevailing market conditions and the evolution of energy?

Despite the lack of clarity, according to Mr McManus, the last 12 months has been promising for the industry. He refers to the range of large projects being committed to and under construction as a sign that the market does work – the industry has responded to the record wholesale prices we have recently seen by investing in renewables projects and other forms of new generation, which will increase supply and serve to drive prices down.

“When the market works, you get more investment in generation, and that investment is predominantly in renewables – not solely, but predominantly – and the positive there is that consumer bills will track downwards as a result of that.”

Given this faith in the market, it does raise the question – if the market is working, why then is it so common to see leaders in the energy industry calling for policy certainty?

“This is a central issue I’ve been grappling with,” notes Mr McManus. “Firstly, I think some policy certainty is important, because the investment is not sustainable long-term unless you have that.

“Secondly, if we want to meet our Paris target to reduce emissions to 26-28 per cent on 2005 levels by 2030, we will really need the electricity sector to overdeliver against other sectors, such as agriculture, where reductions will be much harder, and potentially much more costly to achieve.”

For Mr McManus, it ultimately comes back to what we want to deliver.

“If you just want to deliver market reform and for prices to come down, we probably don’t need a pull mechanism to drive more renewables into the market. But if we really want the electricity sector to overdeliver, then perhaps we do.”

The other key element of solving the energy trilemma is the need to provide energy that is reliable, and with more renewables entering the grid, we need to look at how we can firm these up.

“I’m pretty optimistic about meeting that challenge because we have got lots of options there,” says Mr McManus. “The in vogue word at the moment is firming, and there’s a few organisations that have released firming products. There’s also a huge debate at the moment about Snowy 2.0, and there is work that’s been done at ANU looking at potential sites for pumped hydro across the country.”

These technologies, along with others such as grid-scale batteries, and the potential to improve the efficiency of existing, regular hydro projects – are all examples of why Mr McManus is optimistic about the potential to firm the capabilities of some of the renewable technologies we have access to today.

“There’s also the next generation of technology, things that are either experimental or things that are no longer experimental but probably don’t stack up on a cost perspective, like thermal solar and tidal energy – eventually, these technologies will likely become viable from a cost perspective, further enhancing the arsenal of technologies we have to work with.

“I think it all adds up to a future where – and I’m not saying we’re going to get to 100 per cent renewables tomorrow – but we’re certainly going to see a lot more renewable, reliable power in the grid.”

Mr McManus also feels that demand management will play an ever increasing role in the way we manage, and solve, the energy trilemma.

Traditionally, in the national grid, demand management has been the domain of larger loads – when demand has been high in the grid, we look to large users, such as aluminium smelters, and turn them off for a short period.

But now, with residential demand management increasingly being recognised as having an important role to play too, Powershop has been one of the first retailers to put a demand management program in place for its customers.

“We give our customers suggestions for what they need to do,” says Mr McManus. “When the temperature is 42 degrees, we’re saying turn the air conditioning from 17 degrees to 23, or cook on the barbeque instead of using the oven, or don’t do the washing at that time.”

It’s a relatively simple process, and according to Mr McManus, getting people to respond is pretty easy, which is impressive given that the financial incentive isn’t huge at this point in time.

“What we find is that many customers are interested in doing it not for the financial incentive, but because they feel it’s the right thing to do and it is part of the future.” 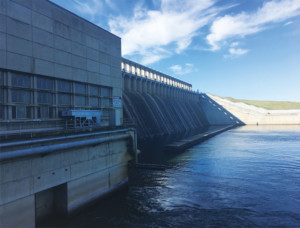 “For consumers, and for us as an organisation that essentially manages risk, that’s the core value we can add,” says Mr McManus. “Having customers with peak demand when prices in the market are high is a huge risk for us, because that’s the price we pay as the retailer.

“Demand management is a win for customers, it’s a win for the grid and it’s a win for retailers. We’re quite bullish that it will become another form of firming, like gas peakers, pumped hydro, and batteries – all these things will be in the mix to manage the system.

“I think it’s very feasible for us to be able to turn down system peak demand by 20-30 per cent into the future,” says Mr McManus. “Think about large buildings for example, you could switch off the air conditioners for five minutes without people in the building having any negative discernible impact.

“And in the future, businesses will be more adaptable. Some businesses need to run 24/7, but others can chase load when prices are cheaper, like in the middle of the day when all the solar is running.”

According to Mr McManus, the answer isn’t so simple.

“I wouldn’t favour a system where it’s mandated, because in the end, the financial incentives will take care of participation.

“Don’t get me wrong, I’m a big supporter of demand management, but for individual consumers, the market will find the lowest cost.”

Mr McManus believes that as our energy system evolves, and more renewables enter the grid, it will effectively make the market more “peaky” – and more susceptible to price volatility.

“In the future, managing risk for a retailer will be more expensive,” notes Mr McManus. “So as a consumer, we might be able to say to you, ‘Hey instead of giving you $10 to reduce your load at certain times, we’ll give you $50’. And when it’s $50, people are more likely to do it. And as a retailer, instead of having 10 per cent of your consumers on board, you might have 50 per cent.

Against the backdrop of the greater issues affecting the energy industry, Mr McManus, through the two companies he leads, is working to provide customers with a better power company.

“What does that actually mean? It means things like investing in renewable generation, which brings prices down; it means not door knocking people’s homes to bring customers on board; it means providing customers with an app that shows them how much of the product they’re buying each day – they’re the sorts of things we’re trying to do to improve how consumers view us as a company and the whole industry.

“And we’re seeing that has impact beyond us. Many of the large companies have stopped residential door knocking, and we’re not the only ones with an app now – although we were the first!

“That’s innovation though, that’s how it works. So we have to be on our toes and keep delivering the next thing, because others will follow when the innovation is good.”

So where to from here? 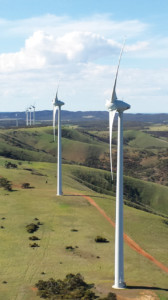 Powershop has a long generation model, so a key focus will be on securing the customers to match the load the company currently has sourced.

One of the key ways the company will do this is by launching retail gas in Victoria. 80 per cent of electricity retail customers in Victoria have gas as well, and most of them prefer to purchase both fuels from the one retailer.

Also key will be continued experimentation to get the customer offering right.

“We don’t do big bang,” notes Mr McManus. “We try lots of different little things to see how they go. We have a culture where people feel like they can try things and not be penalised when they don’t work. No one in Powershop ever gets penalised for having a go at something and it not working.”

With its history of innovation in the sector, there’s little doubt the industry will be watching closely to see where Mr McManus steers his ships next.