Looking back while moving forwards: ten years of the Energy Efficiency Council 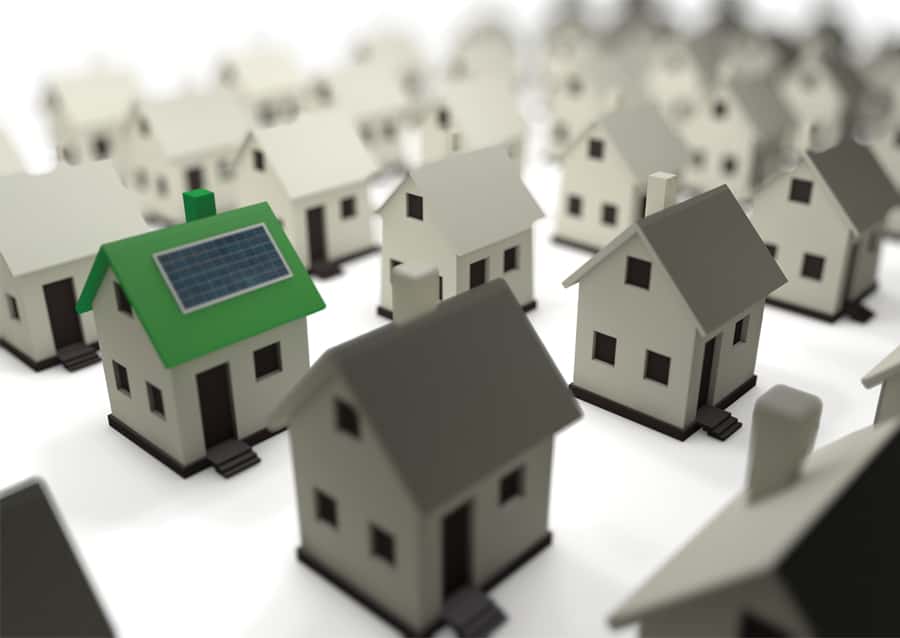 For the past ten years, the Energy Efficiency Council has been changing the way Australian governments and energy providers approach policy, regulation and market reform.

To mark this milestone, it has released The World’s First Fuel  – a report that examines how Australia compares to the rest of the world in energy efficiency, and how we can improve our performance.

Since then, it has worked to standardise sensible, cost-effective energy efficiency measures and, on behalf of its members, promote stable government policy, provide clear information to energy users and drive the quality of energy efficiency products and services.

This has not been without its challenges – despite progress in some areas, Australia continues to rank behind other developed countries in energy efficiency due to inadequate policy and governance. And we’ve got a long way to go before we meet our national targets for energy efficiency.

To mark its ten-year milestone, the EEC released The World’s First Fuel: How energy efficiency is reshaping global energy systems. This groundbreaking report examines energy efficiency as the ‘world’s first fuel’ and looks at policies that are being adopted overseas, ways Australia can learn from them and provides recommendations about how Australia can move forward towards being more energy efficient.

It was prepared using extensive research and interviews with global experts from the US, Europe and Asia.

According to Luke Menzel, Energy Efficiency Council CEO, the report highlights that global leaders do not see energy efficiency as an afterthought in their energy system, but as an integral part of the way they deliver energy to homes and businesses. However, Australia has barely begun to tap the potential of energy efficiency.

“There’s all kinds of things in the energy space that we can argue about, but almost nobody would argue against the proposition that we can use energy more smartly in this country,” Mr Menzel said.

In fact, in 2018, the International Energy Efficiency Scorecard named Australia as the worst developed country for energy efficiency policy and performance, which contributes to Australia having comparatively high energy bills and greenhouse gas emissions.

While this assessment was damning, it generated much-needed conversation about Australia’s energy efficiency and how to improve it.

“It stimulated debate and provided policy makers and the broader Australia community with an understanding of where we are relative to our global competitors, and just how much opportunity there is if we actually get serious and decide to pull our socks up,” Mr Menzel said.

“There is a huge opportunity for Australia to improve our energy efficiency. If we can just pick up some of the sensible policies that are in place in the UK, Germany, and in California, we can make a big dent in people’s energy bills very, very quickly.”

The EEC puts this figure at $7.7 billion each year of savings for Australian families and businesses, and an additional 120,000 job years of employment for the Australian job market.

Mr Menzel said he had observed a number of significant changes to Australia’s energy efficiency landscape over the past decade, including the way businesses respond to the two ‘C’s – cost and carbon.

“There’s a cohort of businesses that have ‘cost of energy’ as top of mind. They are looking to take control of their energy position, start to bring down those costs and take control where they can. This has accelerated over the past two or three years as gas and electricity prices have sky-rocketed,” Mr Menzel said.

“Then there are businesses that have been coming to the energy management space from a different perspective. They’re obviously interested in bringing down their bills, but they’re also concerned about their carbon footprint.”

Mr Menzel said another change to the industry was increasing recognition of the need to balance investment in supply, through generation, storage and networks, with managing demand.

“In the 20th century energy system we had almost no control over the demand, or what consumers were drawing from the grid. We had a lot of control over our generators, and that’s how we balanced supply and demand,” Mr Menzel said.

“In the 21st century, generation is becoming increasingly intermittent. But, at the same time, new technology is coming into the market, which allows us to actively manage demand in smarter ways than we were ever able to before.”

“For example, sophisticated demand response is giving market operators around the world new options for balancing supply and demand in real time, and we’ve barely begun to tap the potential
in Australia.”

EEC estimates that managing demand could reduce energy costs, as currently 25 per cent of retail electricity costs comes from peaks that last for less than 40 hours a year.

Mr Menzel said while it was important for all Australians to become aware of their energy consumption, the real way to effect change among residential users was through changes to policy and regulation by government, market reform of the energy sector and innovative business models that make smart and cost-effective decisions as easy as possible.

“I think we’ve got a bit of work to do in the energy space to make it as easy as possible for householders to have a warm home, cold beer and a low energy bill without having to think about it,” Mr Menzel said.

“We don’t want to turn everyone into an energy expert; we want sensible and innovative business models and reforms in terms of policy and regulation that allow us to have a 21st century energy system – a flexible energy system – that delivers to consumers without them having to worry about it.

“For example, if there are restrictions placed on the availability of crappy appliances that have a low up-front cost but end up costing a fortune to run and place a ridiculous load on the grid, then that’s a good thing for everybody.”

The EEC estimates that minimum standards for appliances already save the average Australian household $140 to $220 each year.

“And if new homes had a reasonable minimum energy performance standard, people wouldn’t have to worry about whether they’re going to be paying too much on their energy bill, or whether their home is going to be comfortable in summer and warm in winter,” Me Menzel said.

In 2015 the Australian Government set a target to improve energy productivity by 40 per cent between 2015 and 2030. While this was a major step in the right direction, the EEC indicates that this target is significantly less than Australia’s potential for cost-effective energy efficiency improvement. And, despite this modest target, Australia is not on track to achieve it due to the absence of necessary policy.

Mr Menzel said the EEC had turned to the states and territories to provide leadership in energy efficiency.

“We’ve really advocated for the states pick up the slack and, particularly in NSW and Victoria, we’ve seen some fantastic efforts and initiatives. There have also been some great energy efficiency schemes to come out of in NSW, Victoria, South Australia and the ACT,” he said.

“And NSW has good business-facing programs to help manufacturers, for example, improve their energy management.”

Mr Menzel said another example of where progress was being made was through the implementation of the National Australian Built Environment Rating System (NABERS) and the associated building disclosure program.

“This has been a world-leading program that has allowed tenants and potential purchasers of commercial office buildings to get an understanding of the energy performance of a building,” Mr Menzel said.

“NABERS is an incredibly robust system, and is an example of where light touch regulation can do an incredible job in informing the market. It is making sure that when building owners are investing in sensible efficiency measures, that actually gets valued in the market and tenant retention goes up and building value goes up.”

Looking forward to the next ten years, Mr Menzel is optimistic that if the recommendations outlined in The World’s First Fuel are adopted, Australia could make up ground in improving its energy efficiency.

“There’s a whole range of recommendations in there that cover virtually every sector of the economy,” Mr Menzel said.

“I’d suggest that pursuing cost-effective energy efficiency measures across the economy that cut people’s energy bills at the same time as effectively reducing carbon, be one of the first orders of business for the Australian Government.

“We need new policy and additional funding to support businesses and households and get us back on track to improve Australia’s energy productivity.”

By acting decisively, and fast, Australia is well placed to dramatically reduce our energy bills, boost our energy security and reduce our greenhouse gas emissions at a time when energy management is going to become even more important as we move to renewable sources.

Discussing why the next decade is critical for Australia’s energy transformation, and how to move energy management to the centre of our energy debate: Christoph von Spesshardt, Vice Chairman of the German Business Initiative for Energy Efficiency; Davina Rooney, CEO, Green Building Council of Australia; and Audrey Zibelman, CEO and MD of the Australian Energy Market Operator at the EEC’s 10th anniversary event in June.

The Energy Efficiency Council’s report The World’s First Fuel examines how Australia compares to the rest of the world in energy efficiency.

Visit https://eec.org.au/handbook to access a copy of the report.