Dunkelflaute (dunk-el-flout-eh) is a German word meaning ‘dark lull’ and is a phenomenon energy professionals need to know about and energy systems need to manage. It describes extended events with minimal wind or sunshine in highly-renewable electricity systems – and as Australia’s energy system transforms, it’s something we need to be aware of, plan for, and overcome. 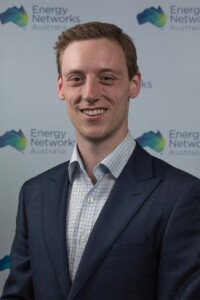 Whether you’ve heard of it or not, the challenge dunkelflaute presents is obvious – how to guarantee electricity supply when the dark lull descends?

In Australia, this has been referred to as a renewable drought. A recent lull in wind generation in South Australia is a smallscale snapshot of what could become a much larger problem in the future.

This is compared with 9-10 June when wind power generated 46,000MWh out of a total demanded 73,000MWh, contributing 63 per cent to generation. Germany is in a similar position as South Australia in terms of renewable penetration.

Renewable electricity in Germany contributed 45.4 per cent of electricity consumption in 2020, more than coal, oil and gas combined. Germany also has a significant transmission connection with the EU, possessing more interconnectors than any other country in Europe.

In Germany there is a growing fear of dunkelflaute, as the share of renewable generation increases and displaces dispatchable generation. The type of event to cause dunkelflaute doesn’t have to be severe weather like we saw in Texas in February, it can be as benign as several still winter days in a row.

How do we manage dunkelflaute?

A recent Grattan Institute report, Go for net zero, referenced dunkelflaute as ‘the winter problem’. In the document, Grattan notes that an energy system with 90 per cent renewable electricity would reduce emissions by 105 million tonnes at a cost of less than $20 per tonne.

The final 10 per cent, however, is much trickier to achieve because the electricity system must increasingly rely on firming options. The immediately available electricity storage option that might come to mind is batteries – but batteries tend to be best suited to managing hourly fluctuations across the day, charging from the midday sun and then discharging to help with the evening peak.

Today’s batteries are not well placed to manage longer durations, with most having less than four hours of storage. The Victorian 300MW Big Battery project in Geelong is slated to be able to provide electricity to 400,000 households for one hour at full charge.

That may be big, but managing dunkelflaute will require a much bigger battery. Broadly, there appear to be three options that could assist the transition from 90 to 100 per cent renewables.

Lots of renewable generation and transmission

This option would result in a large amount of electricity being ‘wasted’, along with lowering the utilisation of interconnection, while still leaving room for dunkelflaute in severe cases.

There is a positive correlation between solar energy across the National Energy Market (NEM) shown in Figure 2. When the sun is shining in one area, it is also likely to be shining in others, and vice versa. The absence of solar energy in one region may not be easily replaced by solar in another as different regions can be affected by similar weather systems. Figure 2. Correlation of solar generation in the NEM. Source: Frontier Economics Bulletin – Sunny With a Chance of Wind.

The second option is building deep storage, like pumped hydro, that by its nature is well placed to provide storage capacity. Snowy 2.0 for example will be able to provide 2,000MW of generation capacity for 175 hours at full capacity.

Grattan has modelled that across a ten-year period, up to 9GW of storage capacity might be required to bridge the largest gap between renewable generation and demand over 14 days. That’s about nine Snowy 2.0’s, assuming they all start at full capacity.

This type of deep storage solution is likely to sit idle most of the time and could be challenging to finance, with Grattan rightly noting that many optimal sites for pumped hydro have already been developed.

Additional interconnection would also be required to connect this deep storage, which may again be poorly utilised. Developing this much deep storage is likely to be incredibly costly and unlikely to be in the customer’s best interests.

The third and most promising option is building zero-emissions dispatchable energy, consisting of renewable gas usage in gas-powered generation plants.

Natural gas already provides a similar role in today’s generation mix, and renewable gas will allow much of the current infrastructure to be utilised to support high levels of variable renewable electricity generation.

The optimal level of gas generation was found to be 7 per cent of total generation. If natural gas can be substituted by renewable gas into the future, it’s likely that full decarbonisation can be achieved by utilising existing infrastructure and lowering overall costs. Dunkelflaute is a challenging problem that requires detailed planning and mapping of the electricity system and usage throughout the year, rather than relying on averages that are more commonly talked about.

There are a range of technical options available to manage dunkelflaute. Batteries and pumped hydro can be good options for managing hourly and daily fluctuations in demand, but there are questions over longer durations.