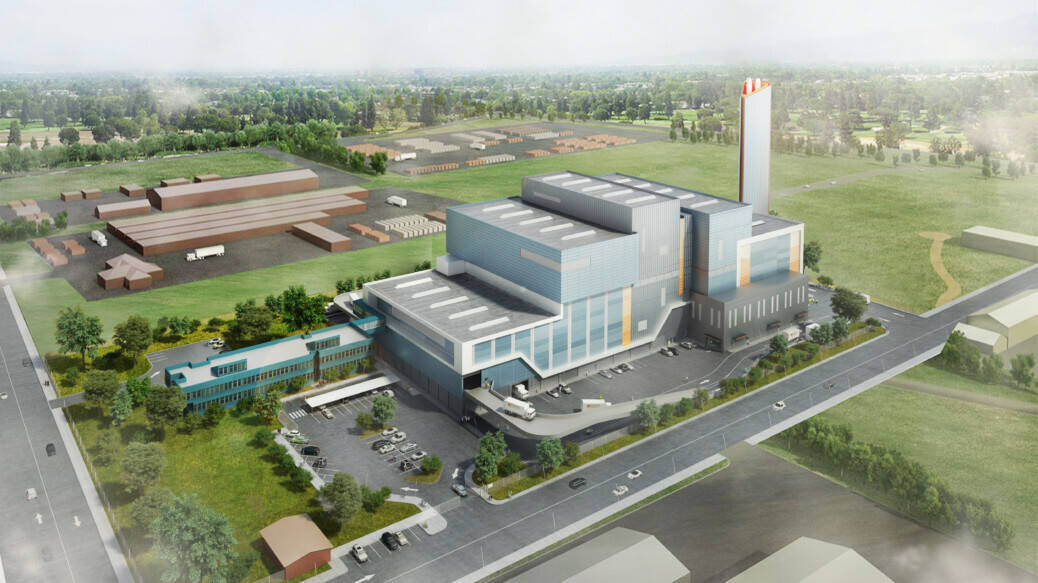 Veolia – a world-leader in water, waste and energy management – is gearing up to operate Australia’s first energy-from-waste facility, Avertas Energy. Expected to be operating in 2021, Avertas Energy will reduce landfill and produce a renewable source of energy, propelling Australia towards an exciting future of waste management and energy production.

Located 40 kilometres south of Perth’s CBD, in the Kwinana Industrial Area, Avertas Energy will process 400,000 tonnes of waste each year, contributing to a reduction of carbon dioxide emissions by more than 400,000 tonnes annually. The facility will also generate and export 36MW of green electricity to the local grid every year – enough to power more than 50,000 households.

Avertas Energy was co-developed by Macquarie Capital, along with Phoenix Energy.  Macquarie Capital is also a co-investor in the project alongside DIF. Spanish company Acciona was appointed to construct the facility and Veolia was awarded the agreement to operate and maintain Avertas under a 25-year agreement.

While EfW is only now being adopted in Australia, the earliest iteration of EfW plants were developed overseas in the mid 20th century. Veolia is at the forefront of many large-scale international projects and, in 2017, the company was responsible for producing nearly 55 million megawatt hours of energy and converting 47 million tonnes of waste into new material and energy. It operates 63 Energy Recovery Facilities worldwide, including 43 EfW plants in France alone.

Veolia’s Project Director for Avertas Energy, Toby Terlet, brings his own international experience to the project, having worked in EfW in the UK. According to Mr Terlet, there are significant opportunities to learn from well-established overseas plants such as those in the UK, where EfW has been a feature of the waste management mix for 25 years.

“These facilities have been operating, and operating really well, in the UK for a long period of time,” said Mr Terlet.

“I think in Australia we need to be open to the technology, and we need to educate ourselves better about the technology. It’s not scary. It’s not new. EfW should be seen as an integrated part of waste management schemes, both promoting the success over the past 30 plus years, while also driving down the many misconceptions.

Mr Terlet believes that if Australia really wants to step forward in this sector, then we need to understand it, and allow it to grow.

“Australia should embrace the change and use it as a turning point to educate our communities. In my previous role, we educated over 1,000 school children per year on the benefits of EfW and how it can positively coexist with a strong recycling culture.

In particular, Mr Terlet said his time in the UK had provided him with insight into processing the ‘right’ mix of waste, which enables the plant to operate efficiently and reliably.

“Because Veolia has been operating these facilities for so long, we understand which waste streams are acceptable to put through the process. This allows us to ensure we’ve got the right feedstock, so that when it’s blended in the pit, and fed through the facility, there’s a consistent fuel base to create heat and energy,” he said.

“There’s definitely science to that.”

Magdalena Staniak, Veolia Tender Manager, said as well as drawing on its experience and expertise in EfW, Veolia has been making use of its global resources as part of the design phase of the project, which is underway. In particular, Veolia’s strong internal culture of collaboration has enabled staff working on the project in Perth, Western Australia, to liaise with highly-regarded colleagues in a number of locations around the world.

“We’ve been working within four time zones, with teams across the globe in Australia, Spain, France, the UK and Denmark,” she said.

“It was great to be able to promote this collaboration, and also creativity, because we all come from different backgrounds and different cultures, which brings diversity of experience to the project.”

Ms Staniak said while Veolia was looking to recruit from its global network to provide the expertise required to run the Avertas Energy facility, there would also be opportunities for engagement with local suppliers and contractors.

“We’ll certainly leverage from local processes and agencies, and ensure we have the right mix of well skilled and trained people to operate this type of facility,” Ms Staniak said.

As part of its endeavours to secure the right team, Veolia plans to run a secondment program for staff to spend time in other Veolia facilities, either in the UK or France, to experience EfW operations first-hand and undergo training through the company’s network campus.

Working on a local level

Ms Staniak acknowledged that while Veolia brought vast international experience to the Australian project, the company will need to tailor its approach to local requirements.

“We do have global knowledge about energy-from-waste, but we need to adapt our solutions and decisions to the Western Australian context,” she said.

“As part of our services, we engage with local businesses, including with Indigenous businesses. We can’t just base our thinking on what’s done overseas, we need to also access local knowledge and solutions.”

Going forward, Mr Terlet said the future of waste management and EfW in Australia relies on a national approach.

“Currently, there are too many differences on a state by state basis. It’s not just about lifting the Landfill Levy, but also developing the industry around the circular economy principles.

With a number of states exploring EfW as part of an overall waste management solution, Mr Terlet is optimistic about the future of EfW in Australia and said that the Avertas Energy facility will reduce the amount of waste going to landfill in Western Australia; and most importantly, open the door for more EfW opportunities around the country.

“EfW technology is a viable and sustainable alternative to landfill disposal, which complements the 3Rs and is integral to any modern integrated waste management system.”

“This next chapter for the Australian landscape is one that certainly needs to be explored to drive best practice in managing both waste and resources for the future. I think the Avertas Energy EfW facility is the first step in this.”

This partner content is brought to you by Veolia. For more information, visit https://www.veolia.com/anz/