Australia is blessed with vast energy resources, many of them renewable. Some of the nations to which we export our coal and gas are not so fortunate and are grappling with how to transition from a reliance on these imports to lower-emissions alternatives. As a result, people are now exploring how hydrogen could play a role as Australia navigates its own transition to cleaner energy.

Hydrogen may seem new to some, but it has been used for almost a century as an industrial feedstock. For decades, scientists have been espousing its virtues more broadly as a carbon-free energy carrier, suitable for use in transport, domestic and industrial energy applications. The challenges with transitioning this concept from the lab to industry have largely been in the areas of economics and infrastructure, which meant that for a long time, hydrogen energy applications have remained in the realm of research and development.

But much has changed.

The cost of wind and solar PV have decreased significantly. Electrolysers (which use electricity to produce hydrogen from water) are now larger and more affordable. And fuel cells and storage for hydrogen-powered cars are lighter and more efficient. In the context of renewable energy export, there are new technologies supporting the storage and distribution of hydrogen at scale. Hydrogen now has the very real potential for use in transport, power generation, smoothing out grid fluctuations, storing energy in off-grid applications and export. In addition, hydrogen demonstration projects are already taking place at scale across the value chain in Australia and around the world.

It seems at first glance that hydrogen may well be the decarbonisation silver bullet whose time has now come. Many involved in the rapidly-growing hydrogen sector would support this notion, and from a technical perspective, hydrogen systems have the potential to have significant positive impacts. Of course, there are challenges to realising these: those related to cost and technological readiness are well-documented, and most roadmaps and action plans are clear on the pathways to address them.

There remain, however, some non-technical challenges that need to be managed. Where and how we source the hydrogen and the motivations behind it, for instance, are already complex issues. Issues like these, along with the range of perceptions that exist regarding safety, impact the acceptance of these new technologies by the public – and we know that community and public acceptance is required if large-scale activities are to be supported.

The colour of hydrogen

A spectrum of colours of hydrogen has emerged. Black and grey are often used to describe hydrogen made in the ‘traditional’ way from coal and natural gas, respectively (with brown sometimes thrown in if the coal is a lignite). If the carbon dioxide from these processes is captured and stored, then the hydrogen is blue. Green hydrogen is made from renewable energy.

The discussion around the colour of hydrogen is relevant in the context of a responsible transition towards net zero emissions and is already emerging as a divisive theme. Hydrogen’s benefits are technically achievable. But using green hydrogen, at the scale and costs needed by short-to-medium term global demand projections, is assessed by many as being difficult.

One response to this has been the use of grey and blue hydrogen as a means of supporting cost-effective, large-scale projects, increasing the green content as costs fall and availability increases. Central to the success of these projects is the matter of trust: what will be the driver to move away from cheaper, less-green hydrogen in the future?

Who is allowed to play?

The discussion around the colour of the hydrogen we use represents just one of the challenges faced as hydrogen moves from an ideologue’s dream to an emerging industrial reality. It follows from the arguments above for using a grey-blue-green transition pathway that for the transition to be successful at scale it is likely that we will need large companies to be part of it, and in many cases, to be leading it. This is certainly the view of the IEA as discussed in its report on the oil and gas sector and the energy transition. Such organisations would bring momentum, scale, and influence; however, some also bring a fossil fuel history that is deemed by many as unwelcome in the new age of renewable hydrogen.

This highlights another aspect hitherto carbon-intensive companies transitioning to include (often green) hydrogen as a part of their business-social licence to operate. We know how important social licence is from our experience with onshore gas and other contentious energy activities. If societal expectations are encouraging these companies to make the transition to renewable energy supply, how might that translate into consumer demand for new hydrogen opportunities as they emerge?

These discussions show how even though hydrogen is usually communicated as a good news story, there are many aspects that can be perceived as negative. This is important for recognising why different stakeholders might initially respond in different ways to new and sometimes unfamiliar hydrogen technologies. Understanding how different stakeholders make sense of the roles, benefits and impacts of hydrogen energy systems is important for understanding their long-term uptake and acceptance. Bringing the people along: the importance of public acceptance

For successful adoption, hydrogen energy needs to be accepted and supported by government, industry and communities, and we have seen how this might not be as simple as initially thought. Understanding the societal and community impacts of new hydrogen energy systems, including concerns about safety and the environment, alongside the economic opportunities that are emerging, are important in this regard. And while we can point to plenty of benefits, it does not necessarily follow that Australian communities are ready to make the shift.

Research tells us that while the public has a generally positive attitude towards hydrogen energy, their current awareness of hydrogen and its potential uses is low. There are certainly positive perceptions of the environmental benefits of hydrogen energy systems, especially those based on renewable energy; however, there is also a range of negative views about safety, cost and efficiency, as well as where the hydrogen comes from.

Building awareness about safety measures, standards and regulation is required to create a sense of acceptable risk (like that with other fuels) to support more positive attitudes towards hydrogen as an energy source. This presents an opportunity for effective communication and collaboration about the potential for hydrogen in Australia, but also to integrate the safety case into planned activities and outcomes of demonstration projects – such as that done by the H21 suite of projects in the UK. Such an approach will allow researchers, industry, government and communities to work together to determine whether these new hydrogen energy systems are safe, sustainable and acceptable.

At CSIRO, we are conducting research to understand how community values, aspirations and needs can inform fit-for-purpose communication strategies about the industry and specific projects, especially for remote and regional Australian communities. We are also supporting co-design of engagement strategies in partnership with hydrogen demonstration projects.

By pursuing a communicative, collaborative approach to hydrogen, we can ensure new innovations in hydrogen energy are developed in ways that will deliver benefits to our everyday lives and support the development of a responsible hydrogen industry for Australia – one that allows hydrogen to play a significant role in decarbonising power, transport, and industry around the globe. 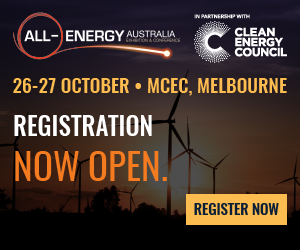