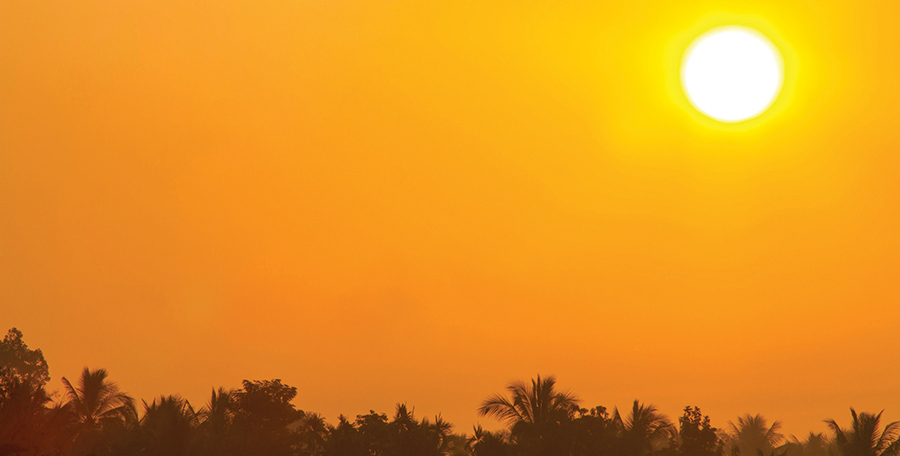 On hot summer days, power usage in Australia skyrockets as households and businesses turn on their air conditioners. Energy usage can increase by over 45 per cent on these days, particularly between 3pm and 6pm. The Behavioural Insights Team recently conducted research in conjunction with Powershop to gain insights into the best ways to influence the behaviour of energy users during peak demand periods to reduce the risks to the network.

decade. In January 2019, 375,000 households were without power for an hour in Victoria and South Australia due to extreme temperatures.

Victoria is at the highest risk of blackouts this upcoming summer, particularly with two power stations temporarily out of service after faults early this year.

Traditionally, we have responded to these threats by building additional generation capacity. These emergency power plants operate for as little as 20 hours a year, are expensive to build and run, and cause the cost of energy to increase by up to 140 times during these peak periods.

There are many benefits for policy makers to develop alternative programs — such as behavioural demand response — that help reduce the amount of electricity we use, rather than continuing to invest in emergency generation capacity.

The wheels are already in motion, with the Australian Renewable Energy Agency (ARENA) and the AEMO recently funding ten pilot projects to investigate how behavioural demand response initiatives could be used to manage electricity supply during extreme energy peaks.

The Behavioural Insights Team (BIT) takes insights about how individuals respond and make decisions to design policies or approaches that can encourage, support and enable people to make better choices.

Launched in summer 2017-18, Powershop invited all Victorian customers to opt-in to its CYP program. When a peak-demand event occurs:

Ahead of summer 2018-19, BIT Australia worked with Powershop again to test four new variants of communications for the CYP program in Victoria to see whether it could be improved.

BIT also tested a fifth variant that changed the design of the program rather than just the content of the communications.

Customers were randomly allocated to each of the below variants:

Powershop and BIT Australia then tested the effectiveness of each approach by looking at changes in energy consumption during two peak events in January 2019.

The results and findings 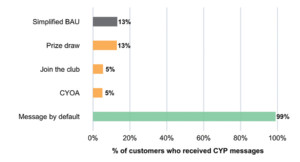 Enrolling people into the program by default was by far the most effective approach. By giving customers the ability to opt-out of receiving peak-demand SMS messages (variant five) rather than opting-in (variants one to four), far more customers knew that there was a peak-demand event occurring.

The implication of this was two-fold. Not only could Powershop have a bigger impact on the grid, but energy usage during peak events was also much lower on average per person, for those that received the SMS messages.

This was a reduction of 12 per cent compared with the per person average for those receiving simplified communications.

This is important for two reasons. Firstly, it shows that these peak-demand SMS notifications are effective at reducing energy usage, even when the customer did not know they were going to receive them.

Secondly, we found that customers who had not explicitly made the decision to opt-in to a demand-response program could have more impact on the grid and their energy savings as there was more room to reduce their usage.

Those who had decided to sign up to CYP ahead of time were already more inclined to be energy conscious.

The impact of simple notifications

This trial shows that simple notifications in real-time can have the largest impact on power usage. In fact, of the four communications variants, the simplified version of last year’s communications was the most effective at recruiting people into the program and had higher open and click-through rates. 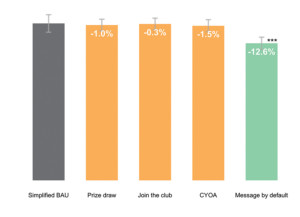 This highlights the importance of keeping messaging simple and sharp.

Although the SMS messages were sent from Powershop in the trial, these messages could be sent by a regulator or a government body. Using these channels would radically increase the reach of demand response programs and prompt action when peak-demand events are happening.

The trial also shows the value of drawing on insights from behavioural sciences and robust testing them in the real-world setting. BIT has successfully applied behavioural science across a range of policy areas, from healthcare and humanitarian aid, to energy reduction.

These findings can be replicated to other energy users across Australia, providing a cost-effective way to achieve a ten per cent reduction in power usage during peak events, impacting both consumers and the grid.

A simple series of text messages might make the difference in preventing black-outs, preventing the cost of energy from sky-rocketing, and needing to build costly and dirty coal power plants.