In March last year, the Australian Gas industry released Gas Vision 2050, a report which provides a conceptual outline of how Australia can achieve net-zero carbon emissions in the gas sector by 2050. In support of this vision, Australian Gas Infrastructure Group (AGIG) is building a small pilot hydrogen production plant in South Australia. We spoke with AGIG Chief Customer Officer, Andrew Staniford, about the pilot project and the future of green gas in Australia.

AGIG Chief Customer Officer, Andrew Staniford, said AGIG is committed to being a leader in the decarbonisation of Australia’s energy supply, including gas, transport and electricity.

“We believe that decarbonisation of the existing gas networks is a key requirement to achieve the country’s emission reduction targets in an efficient and cost-effective manner,” Mr Staniford said.

As a result, AGIG has started working on a pilot project involving a carbon-free hydrogen production plant to be installed at the South Australian depot in Kidman Park that utilises new technology to explore clean energy opportunities through injection of hydrogen, a green gas.

“AGIG is supporting the project to encourage further technology development with respect to hydrogen production technologies and to receive learnings from injecting the hydrogen into our network,” Mr Staniford said.

“Natural gas (or methane) has long been a part of Australia’s low carbon energy solution, providing safe and reliable energy to homes and businesses at only one-quarter-to-one-sixth the emissions of the same energy sourced from the electricity grid(1).

“We do however acknowledge that over the long term our networks will need to decarbonise in order to meet future emissions targets.”

The decarbonisation of gas supply has the potential to cost-effectively reduce carbon emissions and assist the Federal Government to achieve net-zero carbon emissions by 2050, in such a way that balances environmental outcomes and supports the ongoing energy affordability and reliability of supply for Australian energy consumers.

Mr Staniford said Australia can continue supplying low emission natural gas long into the future, but it needed to consider how to continue to lower emissions from pipeline gas if it wants to meet the nation’s emissions objectives.

Decarbonising gas through the likes of hydrogen and biogas is key in achieving this.

The alternative of electrifying the energy currently supplied by direct use gas and transport will increase the demand for electricity and will require significant and costly investment to increase the capacity of the electricity network infrastructure.

“Full electrification of our energy supply will require significant investment and time to deliver, which we do not consider to be efficient or in the long-term interests of energy consumers in Australia,” Mr Staniford said.

“Gas is also very reliable relative to electricity (given our assets are underground, gas customers can expect one interruption every 40 years),” he said.

Decarbonised gas also has the potential to provide clean energy to other industries and be used for a range of applications.

“It can also assist to decarbonise Australia’s transport sector.

“It provides a cost-effective method for achieving emissions reductions, balancing the outcomes of the energy trilemma.”

The process of electrolysis

AGIG’s pilot project will use excess energy generated by wind, solar and other renewables to convert water into hydrogen, which is then injected into the gas network to provide energy without carbon emissions. The process is referred to as power-to-gas.

Hydrogen has about one-third of the heating capacity of natural gas which means a full conversion to hydrogen would require alterations to gas appliances in the future.

However, injecting smaller amounts of hydrogen into the system has no perceptible impact and can be done into existing networks.

“Electrolysers use an electric current to split water molecules into hydrogen (H2) and oxygen (O2), so electrolysis produces hydrogen with the only by-product being oxygen. This process does not generate any carbon emissions if powered by renewable energy (such as solar or wind electricity generation),” Mr Staniford said.

“Electrolyser facilities are already available in the market and deployed around the world at scale to support certain industrial processes.”

AGIG expects to inject green gas into its network by 2019.

Mr Staniford said decarbonising our gas supply will be a great outcome for Australian energy consumers, with potential to cost-effectively reduce emissions.

Using both the gas and electricity networks for decarbonising the energy sector capitalises on existing infrastructure so that new investment is minimised, which consequently provides the best outcome for consumers in the long term.

While current gas network infrastructure is already suitable for transporting hydrogen with minimal investment required, the challenges lie in stimulating the development of a green gas industry within Australia.

Mr Staniford said some of the current challenges include:

In order to overcome these challenges AGIG is actively seeking opportunities to inject hydrogen (and biogas) into the network, which should encourage further development in hydrogen production technologies, which will continue to drive down costs.

“We are working with other organisations and government to develop other market opportunities for hydrogen, for example the conversion of vehicle fleets over to hydrogen vehicles and the potential for electrolysers to provide grid stability services to electricity networks through system coupling,” Mr Staniford said.

Mr Staniford said for the industry to adopt a green gas approach to achieving net-zero emissions, the government will need to:

What the future holds

There is a huge opportunity for green gas to provide zero carbon emission use in homes, business, industry, the transport sector, electricity generation and for exports, if funding and development is continued. 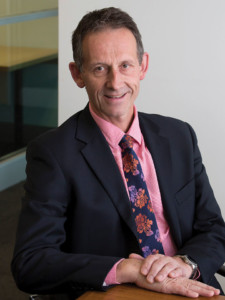 “The future for green gas in Australia is bright. We have vast natural resources (such as solar and wind) that we can use to produce zero-emission hydrogen, to be transported through gas networks around Australia for end use in homes and businesses,” Mr Staniford said.

“We also have vast agricultural resources that can be harnessed to produce biogas (i.e. waste-to-energy), which can also be transported through gas networks around Australia.”

“Australia has a real opportunity to become a world leader in this space, and potentially export hydrogen to other countries, creating a substantial new industry and jobs for Australians.”

AGIG believes decarbonisation of Australia’s gas industry by 2050 is an achievable goal and is in line with the Australian Government’s commitment to achieving net-zero carbon emissions by 2050.

“AGIG is excited about the opportunities we see within Australia and look forward to working collaboratively with industry and government to ensure a bright future for Australia’s gas industry in a low emission environment,” Mr Staniford said.

AGIG is currently working with industry to advocate for the introduction of green gas policy in order to encourage investment in low emission gas production technologies. Governments (at both state and federal level) are continuing to support the uptake of renewable or low emission electricity technologies (through feed-in-tariffs for residential rooftop solar output), and AGIG is looking to advocate for the introduction of a similar green gas incentive to support development of the green gas industry in Australia.