Gearing up for the energy storage era

As batteries continue to play an increasingly important role in Australia’s evolving energy system, the Australian Energy Market Commission is laying the foundations for the best ways to integrate batteries – and distributed energy sources – into our grid. Whether they sit in our smartphone, garage remote control or laptop, batteries are integrated into our everyday lives. As battery technology is increasingly used in consumer gadgets and electric cars, it has also gotten cheaper.

The costs of lithium ion batteries fell sharply by 89 per cent between 2010 and 2020 — a trend that is set to continue, according to Bloomberg New Energy Finance research. Battery technology is becoming more economic and more ubiquitous.

And batteries, along with other energy storage technologies, will play a more critical role in Australia’s future power system too. The Australian Energy Market Operator’s 2020 Integrated System Plan forecasts an influx in storage across the grid: capacity is expected to be about eight times higher within the next two decades.

Meanwhile, state and territory governments across the southeastern and eastern states that make up the national electricity market (NEM) have rolled out policies to incentivise storage. More households with solar batteries are expected.

So too are more grid-scale storage systems and the emergence of innovative new business models that combine different technologies behind a connection point to both consume and export electricity.

To be sure, storage systems are not new in the Australian electricity grid. Part of the iconic Snowy Hydro scheme, Tumut 3, was built in 1973 as a pumped-hydro unit that can store energy.

Since the 2017 connection of the Hornsdale Power Reserve in South Australia, four further grid-scale batteries have been hooked up to the NEM. Others are planned. 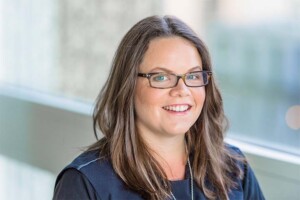 Given the forecast influx of energy storage, the time is right to look at how changes to the national energy rules can accommodate the exciting new storage era that is upon us.

The Australian Energy Market Commission has been working on a slew of complementary projects that will get the market ready for a future where batteries have a pivotal role to play – to back up the cost benefits of a burgeoning fleet of weather-reliant renewables, soak up excess solar power from rooftop PV, and provide important system services as aging coal-fired generators retire.

These projects include our draft plan to integrate storage into the NEM, our final decision to create a fast frequency response service that rewards providers like batteries for providing ultra-quick frequency control, and our work to smooth how we embed distributed energy into the system so that all energy consumers benefit.

All are aimed at providing stronger incentives for storage while also safeguarding the security of the electricity system. All dovetail with the Energy Security Board’s (ESB) work in developing a fit-for-purpose future market.

While some of our work solves pressing immediate issues, it also takes important foundational steps towards the two-sided market being developed through the ESB’s post 2025 project.

Our draft decision on integrating energy storage, which we’ve released in response to a rule change request from the Australian Energy Market Operator (AEMO), makes it easier for grid-scale storage to participate in the NEM.

Our plan would allow the owners of both small household and grid-scale batteries to achieve greater value from their investment. The draft rule creates a new category of market participant that accommodates a variety of different participants who can both offer and consume energy, and the important ancillary services that maintain security in the NEM.

The new category is technology-neutral and so includes grid-scale storage, pumped hydro, hybrids and aggregators of small-scale generation and storage units. Importantly, by creating the one category we can also be ready for tomorrow’s technologies, helping spur innovation in them.

Take hybrids. These weren’t in operation when the National Electricity Rules were first designed. But by allowing wind and solar projects scope to provide their own solutions to weather intermittency by co-locating with a battery, our proposal could help enable renewables.

Another example, aggregators, would be able to provide both energy and market ancillary services to the grid. While some retailers are already doing this with customers through virtual power plant trials, we expect both aggregators and retailers would be able to do so if registered under the new participant category.

This level playing field paves the way for innovative new businesses who would be better able to use batteries to their full potential and gives customers a greater choice of services.

Households with solar panels and batteries could earn extra income by signing up with these aggregator businesses who could access multiple markets on behalf of consumers that they weren’t able to before.

This is in line with our proposals on integrating small-scale solar and other distributed energy resources into the grid, by having market signals that reward customers for exporting or not exporting power to grid at different times in accordance with system needs.

These projects work together to provide the incentives that will lead to batteries becoming an important feature of the future energy market and an enabler of the transition to a lower emissions power system.

For large batteries, our draft plan would streamline the way batteries register and participate in the NEM. It does this by removing the need for batteries to register under two different categories, which has been costly and complicated, and by allowing them to compete evenly with other market participants.

Our draft doesn’t exempt any specific technology, including batteries, from charges associated with using the network. Instead, it makes it clearer that the network tariffs should better reflect the cost of how and when the network is used. We are taking submissions on these proposals until September 16 and welcome all views.

As well, under our final decision that creates a fast frequency response market, large batteries will be able to earn revenues by supplying two brand new markets: a “raise” service to correct falling frequency, and a “lower” service for rising frequency – each within two seconds.

While there are existing Frequency Control Ancillary Services (FCAS) markets – the fastest response time is currently six seconds. These new markets open the door to ultra-fast options not currently available in the energy sector.

The new markets allow any technology to participate that can provide this service to keep the system secure in real-time. Batteries are likely to be large participants because they are extremely well-placed to inject power to the grid in two seconds or less.

The type of large-scale disruption and change now occurring in the energy sector is throwing up plenty of challenges. But the opportunities to think about and do things differently are immense and exciting.

We’re pleased to have advanced this important work that will pave the way for batteries and other storage solutions in the NEM. It’s a stride along the path to a very different future.