Australia’s best energy innovators and consumer engagement practices have been recognised by Energy Network Australia at its 2017 Consumer Engagement and Innovation Awards.

Three initiatives that have improved outcomes for energy consumers were recognised at the awards held in November 2017 in Canberra. 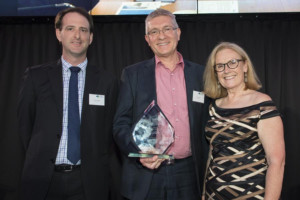 The company, together with its partners, harnessed community engagement and collaboration to empower the Victorian Yackandandah community to reach 100 per cent renewable energy by 2022.

Energy Consumer’s Australia, CEO, Rosemary Sinclair, said that network businesses needed to enter into a new dialogue with consumers to deliver the services they need in a transforming energy market. 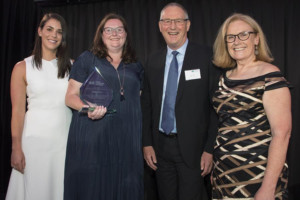 “These engagement awards recognise the networks that are finding new ways to connect with consumers and adapt their business strategies to deliver better outcomes,” Ms Sinclair said.

“The award shines a light on consumer engagement practice that is setting a new standard across the industry.”

Energy Networks Australia, CEO, Andrew Dillon said innovation of the energy sector is globally transformational and Australian governments and businesses all have a part to play in fostering an environment that encourages modernisation.

“We are living in the most momentous period of innovation the energy sector has ever seen. Technological innovation in every aspect of how we think about energy – from renewables, to storage, to system design – is an imperative,” Mr Dillon said.

The Salisbury trial is an Adelaide-based project in which 100 customers received battery storage systems, resulting in reduced customer bills, backup power, and deferment of a $2.9 million network upgrade. 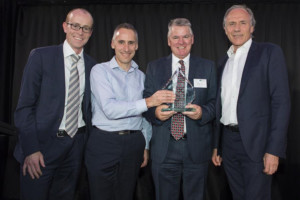 “This award recognises Mark’s significant thought leadership, his strong customer advocacy and his transformation efforts for the benefit of our customers,” Mr Dillon said.