Energy disruption is here – but not as we expected

The rapid uptake and deployment of residential solar and home batteries is having a significant impact on Australia’s energy system. Governments and regulators need to be acting now to ensure we see the full benefits renewables can provide, particularly in the embedded network and prosumer spaces.

For some time, we’ve known that increased uptake of new energy technology would revolutionise the energy sector.

While this transition has been rapid, it hasn’t been driven by traditional vertically integrated energy players.

Instead we’ve seen increased private investment in new energy technologies, which is ushering in the rise of a more distributed generation model.

For example, Australia has the highest uptake of solar globally, with more than 21 per cent of homes having rooftop solar PV1 generating their own renewable energy.

While this increases the cheap renewable energy being generated, there’s a catch. Solar production doesn’t offset the demand on the network during morning and evening peaks.

Instead solar production is at its peak during the middle of the day when there’s lower demand from households.

This leads to surplus generation, which then flows back into the grid. Australia’s energy infrastructure was designed to manage only one-way electricity flow – so, if left unmanaged, surplus solar generated electricity can overwhelm the network and trigger widespread power outages.

The former isn’t viable as it takes too long to ramp up and down, leading to operational inefficiencies. The latter has created an untenable situation where some generators are even paying customers to use their electricity.

Both of these create pricing volatility – the grid was never set up to operate this way. Consumers and businesses should be looking to reduce reliance on the grid, to limit exposure to network insecurity and market volatility.

This prevents surplus solar flowing back into the grid during off-peak, and reduces demand on the grid in peak, stabilising the network and reducing costs.

If cost-reflective pricing was introduced, where electricity price is higher during peak and lower during off-peak, then batteries help to avoid peak period pricing and return on investment improves.

Then we would see cheaper energy, and create a new generation of ‘prosumers’ who can generate, store and distribute their own power, and buy and sell from the grid as needed.

In addition, embedded networks help take solar and battery storage ‘behind-the-meter’. The benefits from the technology can then be shared within residential or commercial developments.

Again, this protects consumers from grid volatility. Disruption to the energy sector is here, but not as we expected it. 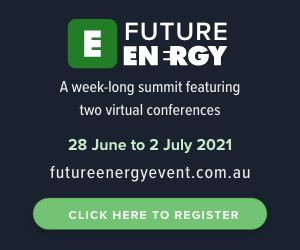