Don’t blame it on the dispatchability 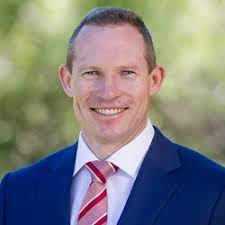 Ok, so it’s a questionable take on the Jackson 5 classic, but it’s a tune I know Queenslanders are humming.

After all, Federal Minister Keith Pitt isn’t fooling anybody with his “dispatchability” cries in his personal veto of funding for the Kaban Wind Farm west of Cairns.

It’s the first time in history a minister has flexed such muscle to block a Northern Australia Infrastructure Facility loan.

And so brazenly turn their back on Queensland renewable jobs.

What the global investor community observed was Federal funding for a government-supported, shovel-ready project vetoed at the last minute by a national government under the guises of a dispatchability policy never enunciated in public, in policy or in parliament before.

They made it up.

I’m the first to say that dispatchability is critical to ensure intermittent renewables can meet network demand.

But I’m sure this Morrison Government Minister was well aware of Kaban’s plans for a 100MW, 200mWh battery.

He was also aware the Kidston Pumped Hydro Project was nearing financial close – which has now occurred – creating 250MW of storage in North Queensland.

It’s clear to everyone now that the Statement of Reasons for the veto simply doesn’t stack up.

I’ve taken the responsibility of writing to the Minister to offer a briefing on how the system works and to ask for an explanation, because his actions have consequences.

Consequences like investors wavering in their confidence in this nation as a reliable and trustworthy business partner.

Despite whatever happened in the Morrison Government Minister’s office that convinced him to ditch funding for Kaban, our message from Queensland to investors is that Queensland is open for business.

And because we understand how dispatchable, renewable energy works, the Palaszczuk Government is embarking on a big battery blitz.

Right now, our publicly-owned Powerlink is connecting Queensland’s largest battery to the grid at Wandoan on the Darling Downs.

At 150MWh, it’s 25 times the capacity of the largest battery currently operating in the state.

At the same time, our publicly-owned Stanwell generator is progressing plans for a 150MW battery at Tarong Power Station to help maintain system security and reliability.

For Queensland’s part, we’ll continue to invest in large-scale storage and renewable projects, rather than cut and run on them.

Because our clean energy future depends on it.