People have always been fascinated by peaks. We climb them – whether it’s the summit of Everest, K2 or Cho Oyu, or just the local neighborhood hill as children. We seek to understand them – whether it’s knowing the peak age for learning a language is seven years of age; that life satisfaction peaks at 23; or that we are best at learning new faces at 31 years of age. As athletes, we strive to improve them by meters and seconds. In most aspects of our lives, the peak is our aim, and understanding and beating it the intention. Traditionally, the electricity peak has escaped our drive to conquer it, but a new report from EY suggests that may be changing.

The gentle but unrelenting march of renewables into the global energy stack has focused the minds of utility and new energy professionals everywhere on the notion of the peak, and has made it an unlikely battlefield. True, we have always had a peak time each day when electricity is demanded in greater capacities than at other times – generally the early morning or late afternoon, and we have always built for it. Commercially, generation has been spliced into baseload and peak, based on cost, heat rate and ability to ramp quickly to follow what was conventionally a relatively predictable peak. Electricity networks were built for anytime maximum demand – ensuring that outages based on spikes in demand were manageable and occurred over time, allowing a risk-weighted approach to capital investment.

But now renewables are forming a larger part of the generation mix in many developing countries. This brings new security and frequency risks, as well as new players and new playgrounds of arbitrage. With short and medium term frequency on the agenda for most system operators, and volatility causing higher than expected wholesale prices in countries, such as Australia, the era of frequency response has begun.

EY’s Power transactions and trends (PTT) report for Q2 2017 reveals the results of these border skirmishes within the supply chain of the sector. With fewer opportunities for conventional generation investment in developed markets, the transactional environment features a larger number of smaller deals, dominated by renewables which accounted for 48 per cent of total deal volume, but just $US6.1 billion of deal value globally. Regionally, the results echo these global outcomes. In the Asia-Pacific region, more than half the transactions were in renewable energy, highlighting the growing interest in these assets due to strong policy support and their ability to deliver certainty of returns through long-term contracts or power purchase agreements. Capital raisings, small-scale acquisitions and partnerships also continue to gain pace in the new energy and battery/solar space.

Investors are reacting to these changed market conditions, with financial investors now focused more on technologies that are designed to arbitrage technical shortfalls, such as intermittent frequency and peaking demand. The US market, in particular, is dominated by a large amount of capital competing for low-risk deals. This pressure to deploy capital into an oversupplied conventional market, or where deal availability is dependent upon government policy decisions, inevitably drives smart thinking and engagement earlier in the deal cycle.

Networks are holding value, for now. PTT reveals that, in Q2, transmission and distribution assets traded at a two year-forward EV/EBITDA ratio of 10.1x, compared to a long-term ten-year average of 9.6x, a premium of 6 per cent. The two-year forward price-to-earnings ratio increased 6 per cent from Q1, trading at 16.5x, a premium of 14 per cent to the long-term average of 14.5x.

As battery companies seek counterparties for their technologies, and refine the application of their technology towards either avoidance of network peaks in sub-stations, or avoidance of very short duration system peaks, new counterparties will emerge among market operators and governments seeking to focus on the security limb of the trilemma. From that point, only the technological trajectory of electric vehicles, which could introduce a new network peak, will slow the march towards a lower network capex future, and the nature of peaking generation will change forever.

Among all of the world’s peaks, that of the energy network has so far avoided mainstream attention, despite its significant impact on cost of living and customer hardship. But it’s time to change that. Only when we begin to understand the peak and examine it – and when markets are created to contractually avoid it – then will we realise the much-anticipated transformation of the energy sector. 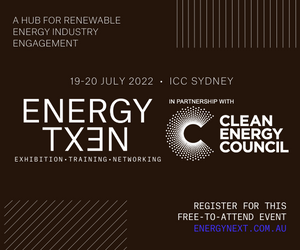