Can machine learning be the answer for bushfires ignited by powerlines?

Next February, Victorians will mark the 10th anniversary of Black Saturday, when bushfires ripped through the state of Victoria resulting in 173 deaths and billions of dollars in damages. Faults in electric assets were proven to be directly responsible for many of those horrific fires.

On the weekend of 17–18 March 2018, hot and windy weather once again swept through Victoria, causing bushfires in the south-west of the state. Emergency service officials and Victoria police reports suggested that the fires in Gazette, Garvoc and Camperdown originated from the same sources: vegetation striking power lines, or poles snapping and falling to the ground in strong winds. Thankfully, there were no human casualties that weekend, but the fires did destroy homes and killed many livestock. 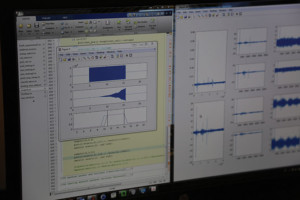 At Victoria University, we have been developing a machine learning algorithm to detect occurrences when vegetation comes in contact with a power line.

The key objective is to use this algorithm to intercept and cut the power supply to faulty overhead power lines. If the ignition process of a branch can be interrupted in time (ideally within five seconds or less), the chances of a fire are significantly reduced.

The longer a branch burns, the more embers are produced that can fall onto the ground or get carried away by the wind. These embers are often what cause the fire to grow and spread. If vegetation conduction can be interrupted, there will be fewer or even no embers, reducing the chance of resulting flashovers, i.e an unintended electric arc between two conductors.

Our work drew on results from the Vegetation Conduction Ignition program, one of the several R&D projects funded by the State Government’s Powerline Bushfire Safety Program (PBSP). PBSP was established to identify cost-effective risk-reduction technologies and procedures to limit the risk of bushfires caused by faulty electrical lines.

In developing our algorithms, we examined a vast database of electrical signals that were produced from staged faults on diverse vegetation species under a range of scenarios to identify predictors that could be used in detecting vegetation faults.

With the use of renowned signal processing techniques, vegetation fault signature features were extracted and later used in a machine learning classifier to discriminate fault states. These include the energy of specific frequency ranges and detection of particular time-frequency disturbances in the utilised signals.

The algorithm would ideally be embedded in a device connected to measurement equipment at various points on a network. It will first train itself with data from the measure point, and further discriminate disturbances as normal operation states, vegetation faults, or other problems.

When a disturbance is detected, a sound decision can be made by the evaluation of the identified predictors. Fault signatures are the specific high frequency signal components introduced into electrical signals, during a vegetation fault.

The next stage of the project is aimed at developing a hardware prototype that can be installed in Victoria’s power networks before the next bushfire season. It will be able to quickly stop power supply to faulty sections of the network in the case of a vegetation contact, possibly saving lives and avoiding financial losses.

We expect that once fully implemented, it could bring a stop to ‘branch touching wire’ faults from trees such as willows, identified as posing the worst fire risk.

Rapid Earth Fault Current Limiter (REFCL) systems are being widely installed in polyphase Victorian networks for this purpose. REFCL systems are expensive units, which can be out of service for extended periods. We believe that our methods can be used in conjunction with REFCL systems to add extra security to the system. The State Government’s Department Economic Development, Jobs, Transport and Resources co-funded the project with a $45,000 contribution. Dr Cagnil Ozansoy led the VU research team, supported by PhD candidate Douglas Gomes, who is studying under a Victorian Latin American Doctoral Scholarship, sponsored by the Victorian Government. Douglas is positive that the development of his team’s next generation technologies will find widespread use around the world, including in his home country of Brazil, which suffers from similar bushfires to Australia.