The 2016 South Australian blackout was estimated to cost businesses $360 million, but perhaps the highest cost was the broad shadow of doubt it cast over the reliability of the state’s power system and, by extension, power systems with heavy levels of renewable penetration. In the first part of this series, we learned that twin tornadoes tore through the state’s electricity infrastructure, plunging residents into darkness and leaving some without power for days. In the second installment, we’ll look at how the industry responded to the event in the years that followed, and where we stand today as a result.

Energy consumers were impacted by the catastrophic weather event for days (weeks in some cases), but the larger impact of the state’s energy disaster would be felt for years to come, with governments, industry and the public anxious to get to the root of the problem.

Almost immediately after the blackout, the finger-pointing began with much of the blame landing on the newly coalfree state’s power system – particularly its reliance on renewables.

Although then South Australian Premier, Jay Weatherill, rejected the notion that the state’s renewable-heavy energy mix was to blame, it was a possible cause that needed to be further investigated, one which triggered a series of enquiries into the events that unfolded.

In the first part of this article series, we learned that as the extreme weather system tore through the state, damaging transmission lines which then tripped as a result, a sequence of faults occurred in quick succession causing six voltage dips on the South Australian grid over a two-minute period.

As a result, nine wind farms located in the state’s mid-north showed a sustained reduction in power (456MW in less than seven seconds), which was the activation of an inbuilt protection feature.

The Australian Energy Market Operator (AEMO)’s fourth and final report into the blackout, Black System South Australia 28 September 2016, which was published in March 2017, found that it was these overly sensitive protection mechanisms in the state’s wind farms that were to blame.

The report said the unexpected operation of the control settings resulted in the sudden loss of generation from the wind farms. “Had the generation deficit not occurred, AEMO’s modelling indicates SA would have remained connected to Victoria and the black system would have been avoided,” the report said.

In addition, after previously finding that the state’s change in its electricity generation mix played no part in the blackout, AEMO’s report later contradicted that advice.

Instead, the report indicated the inclusion of more non-synchronous inverter-connected generators – i.e. wind and solar – had left the system more vulnerable. “This generation has different characteristics to a conventional plant, and uses active control systems, or complex software, to ride through disturbances,” the report said.

“With less synchronous generation online, the system is experiencing more periods with low inertia and low available fault levels, so AEMO is working with industry on ways to use the capability of these new types of power generation to build resilience to extreme events.”

In the years that followed the blackout, the Australian Energy Regulator (AER) took four wind farm operators to court over the overly sensitive protection mechanisms.

In December 2020, the owner of the Snowtown 2 Wind Farm, Tilt Renewables, was ordered to pay $1 million for failing to obtain written approval for critical systems settings in their wind farms.

In July 2021, the Federal Court ordered Pacific Hydro, owner of the Clements Gap Wind Farm, to pay $1.1 million for breaching the same rules, and HWF 1, the owner of the Hornsdale Wind Farm, was ordered to pay $550,000.

In the court proceedings, both Pacific Hydro and Hornsdale admitted that they hadn’t gained prior written approval from AEMO and ElectraNet before applying their repeat low voltage ride through system settings to their generating units.

AER agreed to a settlement outcome which included the withdrawal of formal allegations that the application of the settings was a “contributing cause” of the blackout.

However, Justice Richard White said the wind farms’ “use of non-approved settings in the present case compromised AEMO’s ability to discharge its responsibility, because it meant that it was making important decisions concerning the secure operating limits of the power system on the basis of incomplete information”.

In August 2021, AGL Energy and the AER agreed to a settlement of $3.5 million as a result of using low-voltage protection settings on its Hallett Wind Farm without prior written approval. The terms of the settlement included a review of AGL’s compliance program and minor changes to AGL’s generator performance standards.

In 2016, Mr Weatherhill told reporters, “This would happen to any system anywhere in the world if they had a similar circumstance”. To test this theory, we looked at a recent blackout event from overseas.

On 13 February 2021, a winter storm blew through Texas, bringing with it some of the coldest weather the state had experienced since 1989, and the normally capable grid was overloaded with demand as residents blasted their heaters.

As well as the grid struggling with the record-high demand, energy providers also grappled with equipment malfunctions caused by the elements. In particular, many of the state’s wind turbines froze and stopped spinning, leading many to the assumption that they were to blame for what followed.

A freak weather incident, a state copping blackouts, and fingers pointed at wind turbines – sound familiar? The Texas blackouts certainly had similarities to the 2016 South Australian event, chief among them that renewables weren’t really at fault. 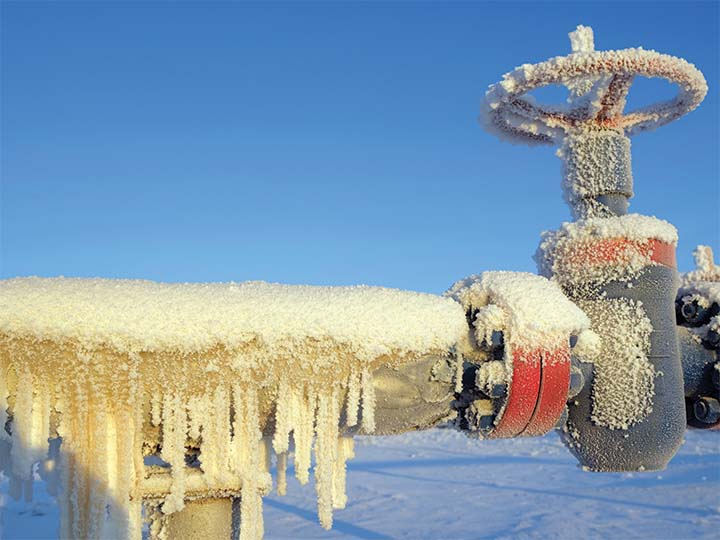 After the rolling blackouts hit Texas, it was determined that frozen oil and gas pipelines were largely to blame.

The grid was overwhelmed with demand and the state’s wind turbines stopped spinning, but the industry and the public would soon learn that, although this certainly didn’t help, it wasn’t the main cause for the majority of the power loss.

This is because wind farm generation in Texas only makes up about 7 per cent of the state’s mix of power generation at that time of year. Instead, according to regulators, the problem lay largely with the state’s primary energy source, natural gas.

As pipelines froze, power plants struggled to obtain the fuel they needed, while production from coal and nuclear plants dropped as well. The state’s generators, unable to keep up with demand, overloaded and automatically went offline as a precautionary measure.

Some other generators attempted to make up for it, but they were also overloaded and went offline – which would have manifested in a statewide blackout had it continued.

With minutes to spare, the Electric Reliability Council of Texas (ERCOT), issued rolling blackouts to different parts of the state to keep the demand under capacity. Although a large proportion of Texans only experienced short-term blackouts, many suffered a loss of power for several days.

It was reported that this was because of three likely scenarios:

» Residents were in areas where equipment was damaged South Australia is planning to develop the world’s largest VPP, made up of 500,000 home solar panels.

While many Texan politicians claim their “energy independence” as a point of pride, it means the state can duck regulations on trading electricity across states, which some experts say could have contributed to the Texas grid not being properly maintained.

Since the blackouts, Texan lawmakers have approved a sweeping package of measures aimed to target specific problems threatening electricity reliability. These measures include new “winterisation” mandates, specifically aimed at power plants, as well as oil and gas infrastructure.

However, as these mandates allow regulators to determine which parts of the natural gas supply chain are critical to electricity production (thus requiring protection from the cold), some have argued that this ignores the interconnectedness of the gas infrastructure.

Another new piece of legislation includes the establishment of an energy alert system to warn Texans of an impending grid emergency.

It also includes a crack-down on retail plans that latch customer prices to the spot market price of electricity, after it was revealed many customers with such plans received electric bills for thousands of dollars because of price spikes during the blackout crisis.

Although many agree that the new legislative measures are a step in the right direction to weatherising Texas’ grid, other analysts have said it’s not enough, with the state’s grid still at risk of further blackouts.

It begs the question at the crux of the black swan conundrum: can more be done to avoid another disaster in Texas, or South Australia, or any other grid in the world – or is it too costly and impractical to try and prepare for unpredictable events?

Since 2016, South Australia’s reliance on renewables has only increased, with the state reaching the significant milestone of powering 100 per cent of its energy demand for an hour in October 2020.

One power supply solution that the state has pursued in the years since the 2016 blackout is big batteries – the biggest lithiumion battery in the world, in fact.

Development of the 100MW/129MWh Hornsdale Power Reserve battery began in early-2017, with it becoming operational in December of the same year. It is currently undergoing a 50 per cent (50MW/ 64.5MWh) expansion.

Co-located with the Hornsdale Wind Farm, approximately 15km north of Jamestown, the Tesla battery was designed to stabilise the network at all times and provide back-up power in case of a shortfall.

Where do we go from here?

Since the publication of the 2019 review into the black system event in South Australia, the AEMC has announced a new rule that will work to better identify emerging risks to power system security.

The AEMC’s aim is to change the way market operators and network service providers assess the kind of risks that can lead to cascading outages or major supply disruptions in the power system.

“This new rule will increase the transparency of emerging system security risks that may need to be managed, helping AEMO, network service providers and other market participants better understand the nature of new risks and monitor them over time,” AEMC Chair, Anna Collyer said.

The new approach is not intended to be a detailed assessment of all potential risks, instead, AEMO and network service providers will collaborate on a high-level view of risk arrangements over time.

“A key element of the new review is the requirement for providers to collaborate with AEMO and ensure the operator has the information it needs to conduct these risk reviews,” Ms Collyer said.

“As well as monitoring risks over time, the new approach will help AEMO and network service providers improve their capacity to identify, understand and consider ways to mitigate against those risks. Working together more often raises the profile of risk identification across an already highly-aware industry.”

One more power system frequency risk review will be completed in this transition period, with the first of the new reviews to be delivered by mid-2023.