As the need to tackle climate change becomes more urgent, the surge in renewable energy offers hope. But the variable nature of wind and solar power means that storing energy has become the next big challenge. This is where large-scale batteries come in, like EnergyAustralia’s Wooreen Energy Storage System to be built in Victoria’s Latrobe Valley, helping to keep the grid stable through the energy transition. 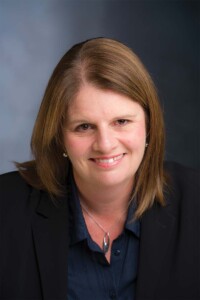 Making sure its customers continue to have low-cost energy when they need it most was front of mind for EnergyAustralia when it announced in March its firm commitment to build Australia’s first four-hour utility-scale battery of 350 MW capacity by 2026.

Its rapid dispatchability during periods of high demand will provide immense value in maintaining supply and keeping costs down for customers.” Wooreen will be the biggest battery operating in Australia today – and one of the largest in the world.

This battery, and other big energy storage projects, are critical to the clean energy transition as baseload coal-fired power stations retire and are replaced by  variable renewable energy. EnergyAustralia believes its battery can reduce price volatility in times of low renewable generation by boosting capacity in long-duration, grid-scale storage.

With Wooreen able to power more than 230,000 households for four hours, it marks a big step up from the other batteries EnergyAustralia operates in Victoria – Ballarat, which can provide energy for just over 20,000 homes for an hour, and Gannawarra, supplying around 16,000 homes for two hours.

“Our Ballarat battery began operating in December 2018 and Gannawarra soon after in March 2019. The fact that Wooreen is over twenty times bigger really shows how much technology has progressed over just a couple of years.

“Battery cells are improving in duration as well as coming down in price through economies of scale, which means we can install more of them and they’re better. It’s a bit like buying a TV.

Your new TV will be bigger, cost less and be more feature packed than your old one. It’s exciting how far batteries have come and what their future potential could be in helping us provide customers with reliable, affordable and cleaner energy.”

Ms Westcott says that the need for batteries is only getting greater, as more and more renewables enter the market. Currently, more than 25 per cent of the National Electricity Market’s energy comes from renewable sources, with a record 7GW of new renewable capacity installed last year

To put this in perspective, this is more than twice the maximum demand of South Australia built in just one year. And there is no greater symbol of Australia’s energy transition than the popularity of rooftop solar. Solar systems are now fitted to over 2.5 million Aussie homes, the fastest growing part of the generation mix. And there’s no signs of this slowing down.

“Having Wooreen with its much longer four-hour duration will be valuable as we move to a net zero future. It will enable more renewables to enter the system and provide frequency control and stability.

The battery will work by charging up when renewables are generating, and then discharge to provide households with power when they need it – at night for example,” Ms Westcott said.

“We’re also exploring opportunities to make Wooreen smart enough to provide this critical role at the optimal time to meet customers’ needs and ensure they don’t pay any more than they have to.” Image showing how the Wooreen Energy Storage System will operate.

The battery will be built alongside EnergyAustralia’s gas-fired Jeeralang power station, in Victoria’s Latrobe Valley. The location’s optimal connection to the grid was a key factor in its selection.

It’s hoped that this project, alongside others planned for the region, will provide new opportunities for workers displaced by the closure of power stations. This includes the Yallourn power station, which EnergyAustralia advised would close in 2028 – providing workers with seven years’ notice as well as a multi-million-dollar support program.

“The placement of Wooreen ensures the Latrobe Valley’s proud history of powering Victoria continues. It’s exciting that several other renewable energy projects are also planned for the region, including in offshore wind and hydrogen,” Ms Westcott said.

The Wooreen battery will be operational by 2026, with construction taking around 18 months. And while it’s not intended to take the place of Yallourn, the Latrobe Valley will benefit with more than 80 people employed on the build.

EnergyAustralia has already sought expressions of interest from businesses that are able to engineer, procure and construct the new facility.

“Our preferred contractor will help to maximise local participation within the Latrobe Valley and broader Gippsland region by drawing on the expertise of neighbouring suppliers and construction personnel,” Ms Westcott said.

“Australia is a world leader in energy storage. We’ve received several high-quality applications, reflecting the capability and skills Australia has in this area. We’re currently evaluating all submissions and look forward to progressing our competitive procurement process throughout 2022, with an announcement of a contractor expected in early 2023.”

EnergyAustralia has a history of working closely with the communities in which it operates, and the Wooreen battery project is no different.

Ms Westcott said that since the project’s announcement in March, EnergyAustralia has been undertaking feasibility studies that look at technical requirements and potential environmental impacts. It’s also talking with the local community, including Latrobe City Council and the Gunaikurnai Land and Waters Aboriginal Corporation (GLaWAC).

“EnergyAustralia operates on Aboriginal land, so it’s important that we work with GLaWAC to ensure we have Traditional Owner input into how we respect Country and culture. We are extremely grateful to Aunty Doris Paton, and with the help of GLAWAC, for their blessing to officially name our battery project Wooreen, which is Gunaikurnai for the word light.

“We are now embarking on a more comprehensive program of talking and hearing from members of the local community about Wooreen, and recently wrote to residents to explain the project and invite local feedback and ideas. We understand that any project we pursue must be good for the community and the environment,” Ms Westcott said.

EnergyAustralia recently reaffirmed its commitment to the clean energy transition with an updated climate change statement. This set targets including reaching net zero greenhouse gas emissions by 2050, reducing its direct emissions by 60 per cent by 2028/29 relative to this year, and transitioning out of coal by 2040.

It sees the Wooreen battery project as part of this commitment – but it’s not the only action it’s taking. Through long-term renewable energy agreements, worth almost $3 billion, EnergyAustralia currently underpins around 6.5 per cent of the large-scale wind and solar projects in the National Electricity Market.

It’s also underpinning the 250MW Kidston pumped hydro facility in Queensland, which has the potential to power up to 100,000 homes during periods of peak demand from 2025.

It has committed to the 300+MW Tallawarra B power station in New South Wales, which will be Australia’s first net zero emissions hydrogen and gas capable power plant.

The new power station will deliver reliable power to around 150,000 homes in time for the summer of 2023-24, and help kick off the green hydrogen industry.

Ms Westcott said it’s a great example of repurposing existing transmission assets and providing opportunities in the energy transition for communities with a history in powering the country.

“So far, we’re exploring two great opportunities that draw on existing assets. With Wooreen and Lake Lyell, we’re taking these communities on the energy transition as they’ve been the backbone of energy generation for decades.

We hope it’s also a strong display of our commitment to investing in a variety of technologies, each with their own benefits, in building a modern energy system. “We’re excited by the possibilities of technologies like batteries, and how they contribute to our goal of delivering reliable, affordable, low emissions energy for our 2.4 million customers,” Ms Westcott said.