As we all seek contribution from energy sources that are cleaner and environmentally friendly, Bioenergy Australia CEO Shahana McKenzie argues we need to spend more time considering the contribution biofuels – energy sources derived from what would otherwise be waste products – can make.

In taking on the role of CEO for Bioenergy Australia, I was both shocked and amazed by a number of harsh realities surrounding Australia’s fuel situation. Like many, I had been exposed to the propaganda surrounding the anti-biofuels campaign, and wanted to read and consult as much as possible to ensure I understood the situation both domestically and internationally before I threw my energy, passion and enthusiasm behind the industry. Some of the incredible things I learnt in going through this process were:

In addition, a 2018 report from the Parliamentary Joint Committee on Intelligence and Security (PJCIS) has revealed Australia now has the lowest fuel reserves in the world. Overall, the country has just 49.6 days of net coverage (and only 20 days for aviation), well below the 90 days supply Australia and other nations have agreed to under the International Energy Agency.

What most people don’t seem to understand is the significant role that biofuels can play in solving so many of these significant challenges. A biofuel industry will help diversify supply and secure domestic production of transport fuels, as well as provide new manufacturing jobs, investment in rural and regional areas, diversification and additional income for farmers, and new export opportunities.

For those of you that aren’t aware, biofuels in Australia are produced from waste streams or as by-products. The ethanol produced in Australia is predominantly produced as a by-product from sugar or gluten production, and the biodiesel is produced from used cooking oil and tallow. Advancements in technology are now seeing biofuels produced from a range of other waste streams such as algae, municipal solid waste, sewage, sawmill waste and agriculture waste. In the not too distant future, we could be fuelling our cars from fuel derived from waste that was going to landfill. 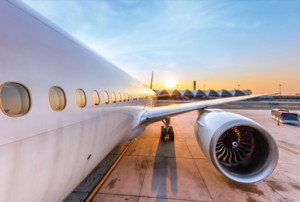 The momentum of sustainable aviation fuels in now unstoppable

Biofuels are a real opportunity for Australia. As an example, increasing the use of biofuels by a small ten per cent in petrol and diesel in Australia could reduce total greenhouse gas emissions by 8.9 million tonnes of carbon dioxide equivalent per year, with huge subsequent health benefits. A study by QUT identified that the growth of biorefinery industries in Queensland alone could result in an increase to the Gross State Product of more than $1.8 billion per year, and the creation of around 6640 jobs, most of which would be in regional communities.

In addition to the above, there are some significant international drivers that are escalating an interest in biofuels and renewable fuels being produced in Australia. As part of the global decarbonisation process, the international aviation industry has committed to reducing its greenhouse gas emissions. In 2009 the International Air Transport Association (IATA) set the following ambitious targets:

The momentum for sustainable aviation fuels (SAFs) is now unstoppable. From one flight in 2008, the threshold of 100,000 flights was passed in 2017. A number of airlines, including Cathay Pacific, FedEx Express, JetBlue, Lufthansa, Qantas and United have all made significant investments by forward-purchasing 1.5 billion gallons of SAF.

Towards the achievement of the IATA targets, research conducted by the University of Sheffield has found that a 50:50 blend of jet A-1 and aviation biofuel has a 60 per cent reduction in air pollution (particulate matter), improving local air quality. That said, emissions reduction is not the only reason why many airlines are pursuing the use of aviation biofuel. Data from Qantas’ biofuel flights in 2012 showed that biofuel improves fuel efficiency by 1-2 per cent, and this is a consistent finding from over 2000 biofuel flights conducted around the world.

In August this year, Brisbane Airport became the first Australian airport to include biofuels running through the system and fuelling planes. This pilot project was initiated by Virgin Australia, and Bioenergy Australia is delighted to see Australian airlines taking a lead role in developing the local industry.

In addition, technology in this space is advancing at a rapid pace. We have seen some exciting announcements over the last few months, including ARENA funding to support the development of sewage waste being converted into biocrude, and sawmill residue being converted into renewable diesel. In the not too distant future, we could be fueling our cars from fuel derived from waste that was going to landfill

Many in the industry might be scratching their heads, wondering why we aren’t capitalising on this opportunity? We have regional towns struggling and closing, we have oil refineries shutting up shop, we have reports being released on the health impacts of our fuel and we have some serious emissions targets to meet. I think there are a raft of reasons as to why we haven’t taken advantage of the opportunity.

Politically, there has been no policy framework to support decarbonisation of the transport sector. Secondly, in order for biofuels to run through Australia’s fuel network, it requires the support of the incumbent oil industry. Thirdly, there have been some false starts and well-funded strong anti-biofuels campaigns.

If you compare Australia to the US, UK or Canada, we are seriously behind the mark. They have all seen the benefits, advantages and opportunities of growing a strong biofuels industry, and have created strong policies and support mechanisms to ensure that biofuels have access to market.

Electrification may be the shining star for the passenger vehicle market in the eyes of our current politicians, but we would be doing our country a disservice to put all of our eggs in that basket. The transition to renewable fuels is accelerating at a rapid pace internationally; let’s not be left behind and wondering in ten years what happened!