Energy ministers have reappointed the Chair of the Board of the Australian Energy Market Operator (AEMO) for a second term.

Drew Clarke will serve four years in the role, after being reappointed during a period of rapid change in the National Electricity Market (NEM), where critical market reforms are expected to be delivered. 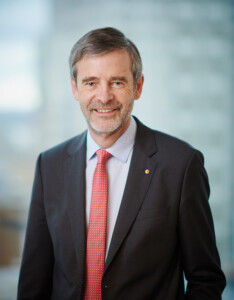 Mr Clarke was originally appointed Chair of the AEMO Board in 2017.

Mr Clarke has extensive senior experience in government, having led two departments and three agencies, including as Secretary of the Department of Resources, Energy and Tourism until 2013.

Mr Clarke was awarded an Order of Australia in 2016 for distinguished service to public administration and is a Fellow of the Academy of Technological Sciences and Engineering.

He is currently a Director of CSIRO and of NBN.

Energy ministers noted the high standard of Mr Clarke’s performance as Chair during his current term, and the importance of continuity in this key position following the recent commencement of Daniel Westerman in the role of AEMO CEO in May 2021.

Federal Minister for Energy and Emissions Reduction, Angus Taylor, said, “I thank Mr Clarke for his exemplary performance to date and welcome his reappointment to this critical role.

“I look forward to continuing to work with him to progress important energy market reforms, including detailed design of a capacity mechanism.”